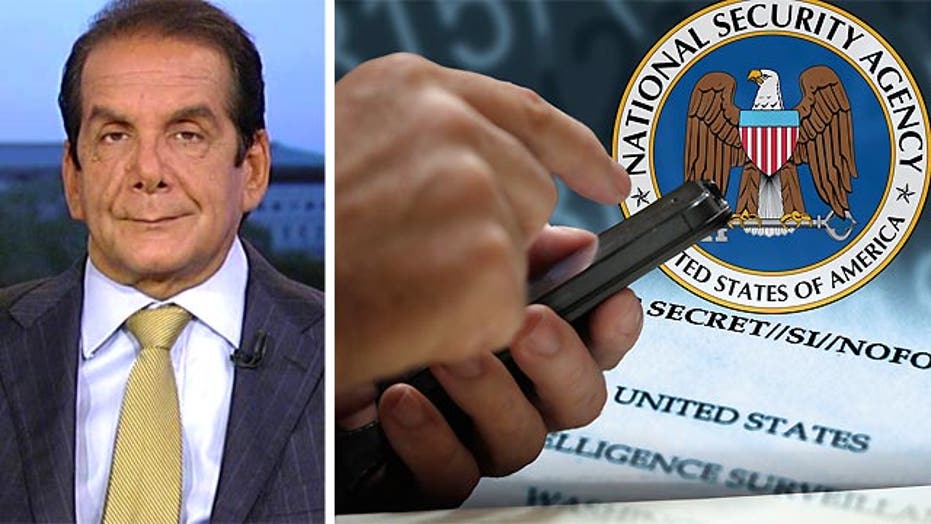 Charles Krauthammer said Thursday on "Special Report with Bret Baier" that the debate over the NSA's collection of phone records needs to end and despite what Kentucky Senator Rand Paul argued on the floor for nearly 11 hours Wednesday, the collection of records "is not a police state tactic."

"That the government is listening and recording the conversation is false. That's a scare tactic," the syndicated columnist and Fox News contributor said. "This is a collection of dots, and if you want it held by the telecoms instead of the government as a compromise, OK...but this is not a police state tactic."

Krauthammer's reasoning pointed back to a Supreme Court ruling decades ago. "The government, the post office can record what's on the outside of your envelope, who it goes to and who sent it. The closest analogy in the internet age is to record a phone call. Not the content, you're not opening the envelope, but who made the call to whom and for how long, so, in principle, what we're doing is something essentially the same."