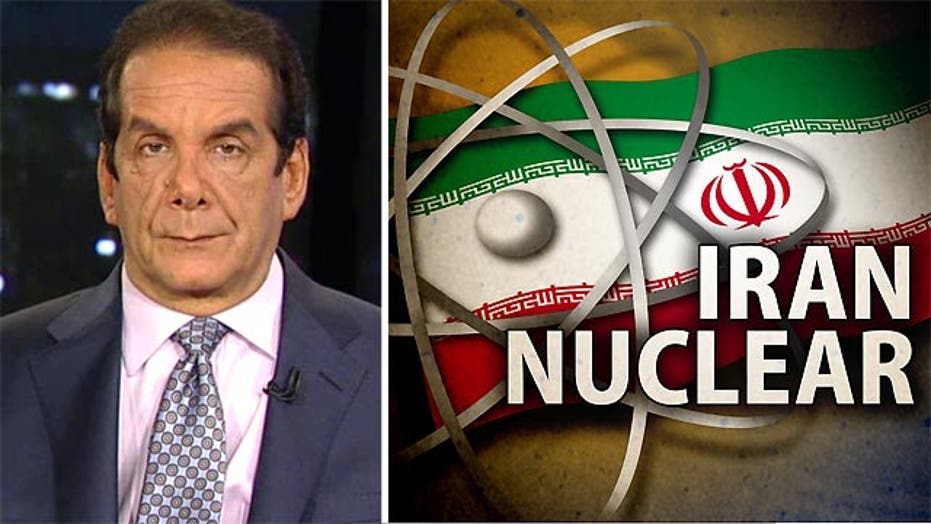 Charles Krauthammer told viewers on "Special Report with Bret Baier" Tuesday that a proposed agreement that would allow Iran to development nuclear capabilities would be "simply catastrophic."

"The latest details that are coming out now about the agreement being time-limited meaning that in a decade, Iran can essentially become a legitimate nuclear power, develop its weapons, without any restraints is simply catastrophic. It's really unbelievable," the syndicated columnist said.

Iranian and US officials on Monday wrapped up a round of negotiations on the issue in Geneva, Switzerland.  The plan reportedly limits Iran's nuclear activities for 10 years, but would then slowly ease restrictions on the country's capabilities.  The details drew a decidedly mixed reaction in the United States.

"It is an unbelievably bad idea," he added.  "It makes the Cuba deal look like a really good bargain."