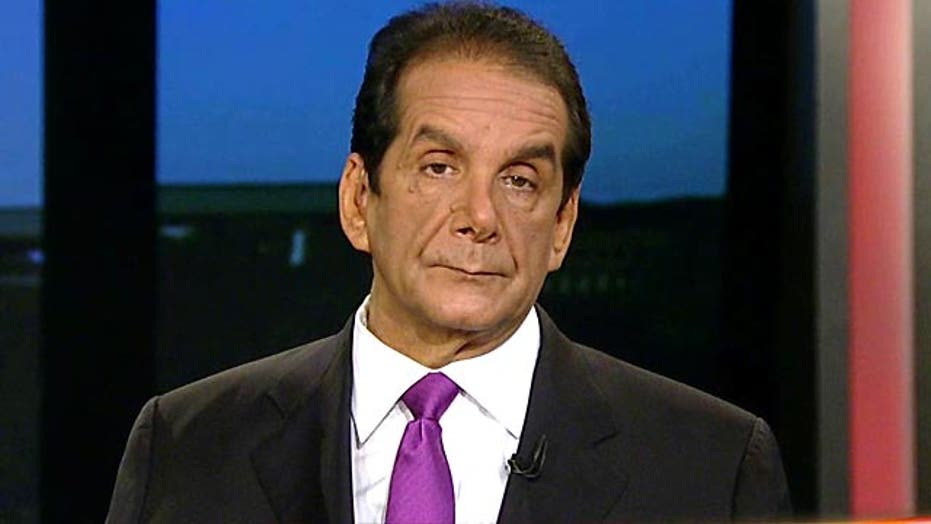 Krauthammer says Obamacare has no chance of succeeding

The website for Obamacare has been plagued with Glitches. Charles Krauthammer says it is too big to succeed and and is now giving the wrong information to insurance companies

Fox News contributor Charles Krauthammer told viewers Friday on “Special Report with Bret Baier” that the rollout of the Obamacare website is so bad that it isn’t just  a continuation of “glitches”, it’s coding the wrong information about people.  “What you have is a system corrupted that cannot work at all even if you fix the glitches.”  Insurers now say the federal health-care marketplace is generating flawed data.  “This is a new kind of issue.  This is an issue of getting the wrong information,  If you are now coding the wrong information, so people are going to show up at the wrong hospital, they are going to lose coverage, you are going to have payments going to go the wrong way. You're going to have people listed as their spouses or as their children” said Krauthammer, a syndicated columnist and Fox News contributor.   “The Irony is the only saving element is the other part of it, signing in is impossible is what's saving the administration because now the individual errors are correctable with a phone call and a manual intervention.  that's the only reason their able to correct some of the mistakes.  If had this been automated successful bringing in all those people, it would be beyond recall now and the system would be completely unusable.”  Krauthammer commented “when you run something this large out of the government, it has no chance of succeeding.”