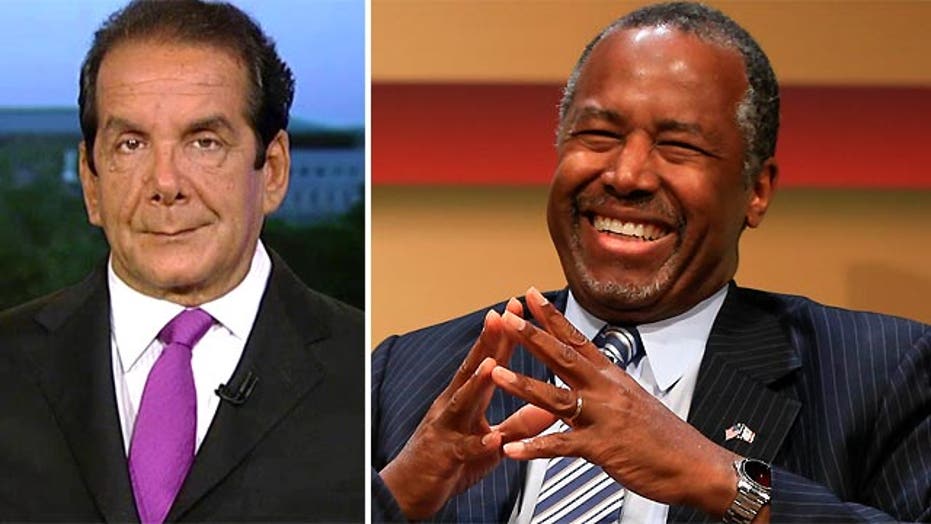 "Obviously the most interesting and unexpected, as of a month ago, is Trump in the center," the Fox News contributor and syndicated columnist said.

"But I think the more recent surprises, first of all, are [John] Kasich, that he makes the top 10. He came in very late, he holds down the left-wing of the GOP, he's a bleeding heart conservative like Jack Kemp and he's there."

Krauthammer said he was also surprised to see Carson on the list: "You would have thought with Trump taking all the space for the non-politician, Carson would suffer, but he's going to be two people over."