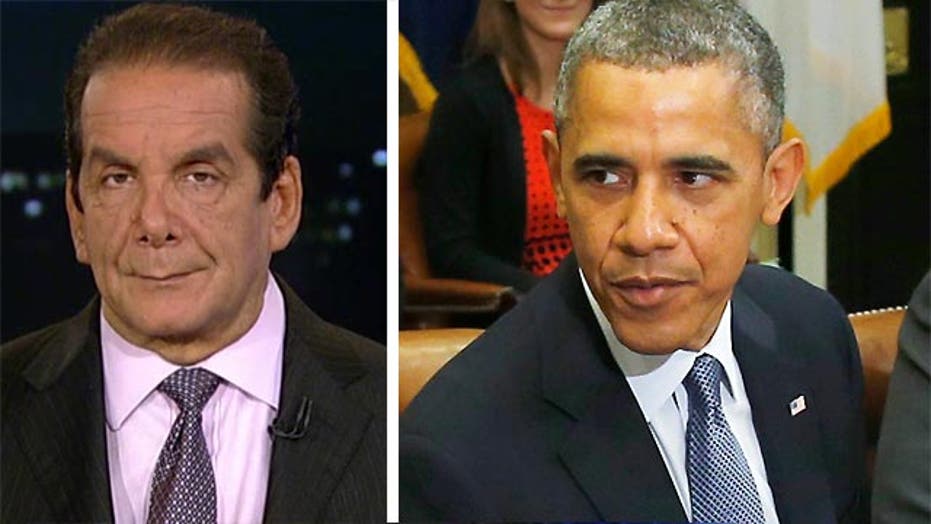 Krauthammer said while Republicans can’t do much without control of the Senate they should make sure they don’t “lose their heads” following Obama’s remarks on immigration.

Charles Krauthammer said Thursday on "Special Report with Bret Baier" that while Republicans can’t do much right now without control of the Senate, they should make sure they don’t “lose their heads” following President Obama’s remarks on immigration.

“This is an obvious attempt by the president to distract the Republicans, to enrage them, and to bate them into something that will undo the victory that they had on election day,” said Krauthammer, a syndicated columnist and Fox News contributor. “This is a way to make the president relevant and to make him central.”

Krauthammer said the discussion in Washington has shifted away from talking about the election or the Republican agenda over to Obama’s move on immigration.

"What the Republicans have to do is to wait until they get control of the Congress to deal with this, but not to allow this override their one imperative," he said.