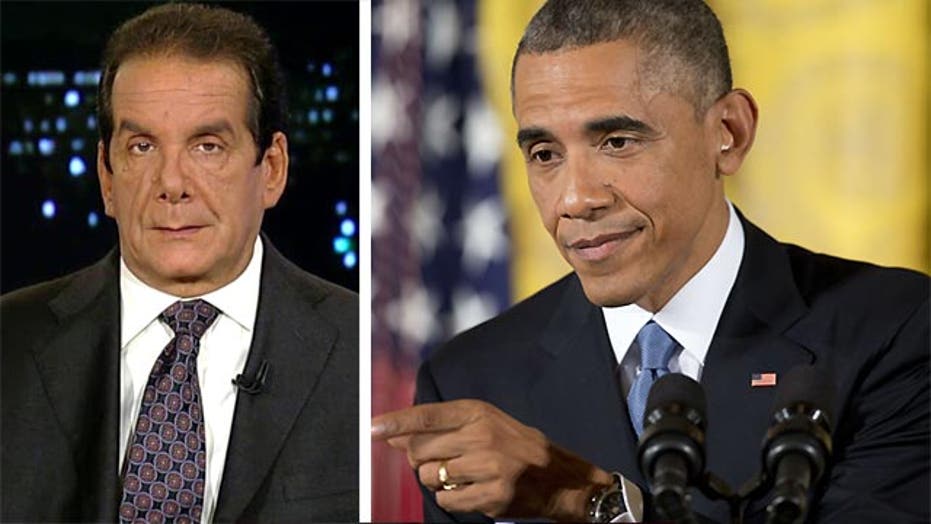 Charles Krauthammer said Wednesday on “Special Report with Bret Baier” that a proposed plan for President Obama to overhaul U.S. immigration policy through executive action "is a constitutionally odious proposal.”

The 10-point plan, which was contained in a draft proposal from a U.S. government agency and obtained exclusively by Fox News, could allow upwards of 4.5 million illegal immigrants living with their American-born children to stay in the U.S., and expand deferred action for immigrants who came to the U.S. as children.

Other elements include promoting the new naturalization process by giving a 50 percent discount for the first 10,000 applicants who come forward, and a State Department immigrant visa program offering another 500,000 immigrants a path to citizenship through tech jobs.

However, Krauthammer, a syndicated columnist and Fox News contributor, noted that President Obama has previously admitted that any executive action on immigration would violate the Constitution. He said he also does not agree with the principles of the plan.

Krauthammer added he believes the plan would lead to more illegal immigrants entering the U.S.

“This is an advertisement to the whole world, particularly Latin America, where it's easy to get across the border, that you come into America illegally, it's up to you, we do not control our borders, and if you wait long enough, and you make strong enough case and there's enough pressure, we will legalize you," he said.