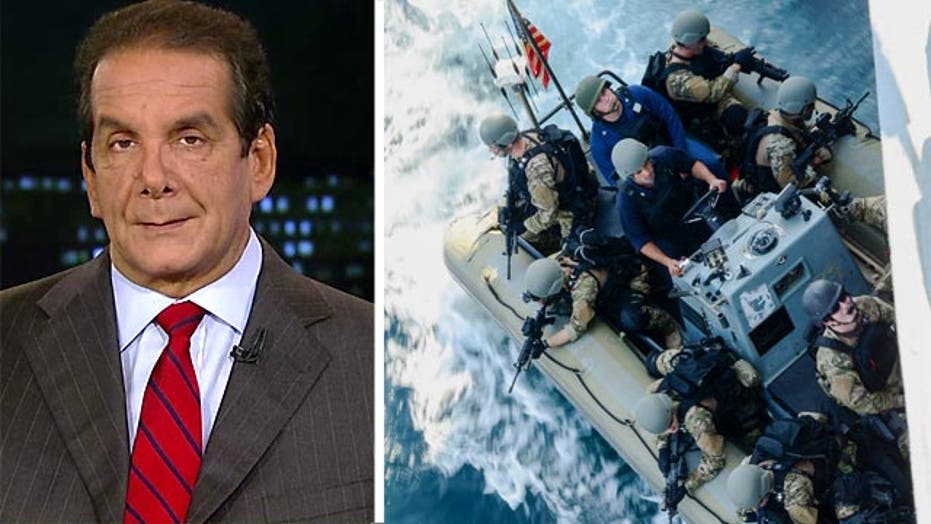 Charles Krauthammer said Tuesday on "Special Report with Bret Baier" that Obama's plan to send 1,500 more non-combat troops into Iraq to fight the Islamic State is an "inevitable step" not "mission creep" into Syria, adding he believes Obama has no intention of doing anything serious in that country.

"Look, this is an inevitable step," Krauthammer, a syndicated columnist and Fox News contributor said. "It was one that Obama had to take. He doesn't want to announce it. He wants to pretend there's not going to be combat, and he's extremely risk adverse, one of the reason the troops are frustrated is because they aren't allowed to do a lot of things they need to do."

Krauthammer added that he believes that Obama's move is not indicative that the U.S. mission in Syria is expanding.

"It's clear that he has no intention of doing anything serious about Syria. So that's understood. This is not mission creep, this is mission shrinkage... That may be logical, but it's going to be a very long time," he said.