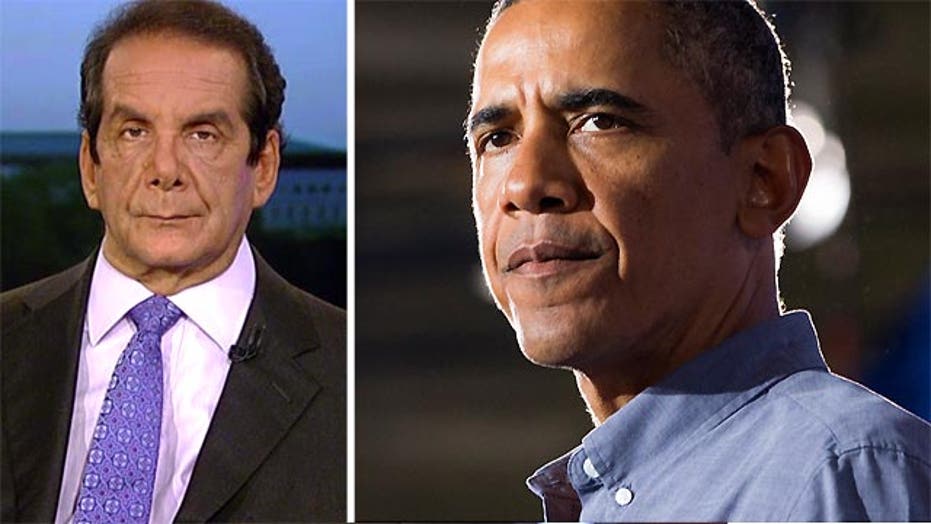 Charles Krauthammer told viewers Tuesday that it should come as no surprise that the Obama administration kept quiet information about how close Iran is to developing a nuclear bomb.

Charles Krauthammer told viewers Tuesday on "Special Report with Bret Baier" that it should come as no surprise that the Obama administration kept quiet on information regarding how close Iran is to developing a nuclear bomb.

“They were deliberately deceiving the American people and the Congress,” Krauthammer said.

"They were pretending otherwise, because in that way, they could portray [Israeli Prime Minister Benjamin] Netanyahu - who gave an accurate assessment - as an alarmist, trying to stir up war," Krauthammer, a syndicated columnist, said.

Energy Secretary Ernest Moniz told Bloomberg News Tuesday that the Obama administration has known for "quite some time" that Iran is only about 2-3 months away from developing enough fuel to manufacture a nuclear weapon - information that the administration only publicly acknowledged for the first time Tuesday, after months of nuclear negotiations with Iran, and after previously asserting that Iran was a year away from nuclear weapons development.

"They want the deal. They want to say, look what we've accomplished - we've stretched the breakdown from two months to a year," Krauthammer said. "And also to generate alarm, to say, we have to do this, because the Iranians are so close to acquiring a bomb."

But Krauthammer added that no one should be surprised at the administration's tactics.

"With ObamaCare, Obama said to everybody, if you like your plan, you'll keep your plan - they knew that would not be true," he said. "This administration is determined to get a deal, and will not let the facts stand in the way."