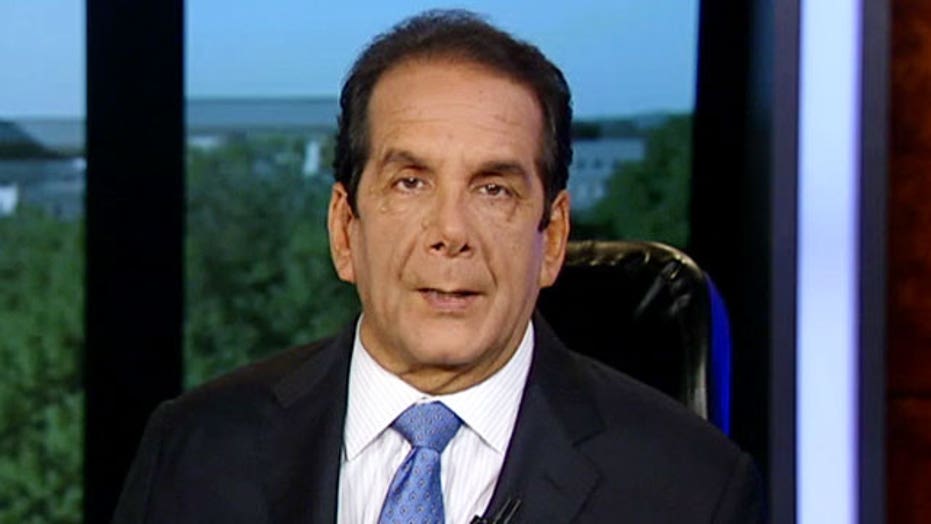 Krauthammer on Clinton emails: She can't escape it

Charles Krauthammer told viewers Friday that the latest batch of former Secretary of State Hillary Clinton's emails likely wouldn't contain any smoking guns - because, he says, the most damaging emails may have already been deleted.

Syndicated columnist Charles Krauthammer told viewers Friday on "Special Report with Bret Baier" that the latest batch of Hillary Clinton's e-mails released by the State Department wouldn't likely contain any “smoking guns,” because the most damaging e-mails may already have been deleted by Clinton herself.

“If she had come clean-- which, of course, has never happened in the history of the Clintons-- they might have been able to do a document dump at the beginning, get it out of the way, a month or two ago,” Krauthammer, a Fox News contributor, said.

“But now, they've been ordered by a judge, and there’ll be a release every other week, I think, for weeks and weeks, which keeps the story going forever, even if there isn't any smoking gun in any of these individual releases.”

"The real crime, so to speak - at least the political crime - is the fact that she unilaterally erased 30,000 of these," Krauthammer said of the e-mails.

"So if there's classified stuff on these, there surely is on those."

Friday's round of e-mails contained documents dating back to 2009, when Clinton had first taken office as secretary of state.  Despite the fact that Clinton told reporters months ago that she hadn't sent any classified information on her private e-mail server, the e-mails released Friday show "confidential" information had been sent from her private account.

Clinton deleted an additional 30,000 e-mails from her private server that she deemed personal, before turning over the remaining ones to the State Department for release - an act that Krauthammer said could have prevented even more classified information from being released.

"She will have, in effect, deleted classified stuff after keeping it in violation either of the law or of regulations, in a private, unsecured place," Krauthammer said.

"That's real trouble for her, and she can't escape it, because of the way it's going to be dripping out over months and months."