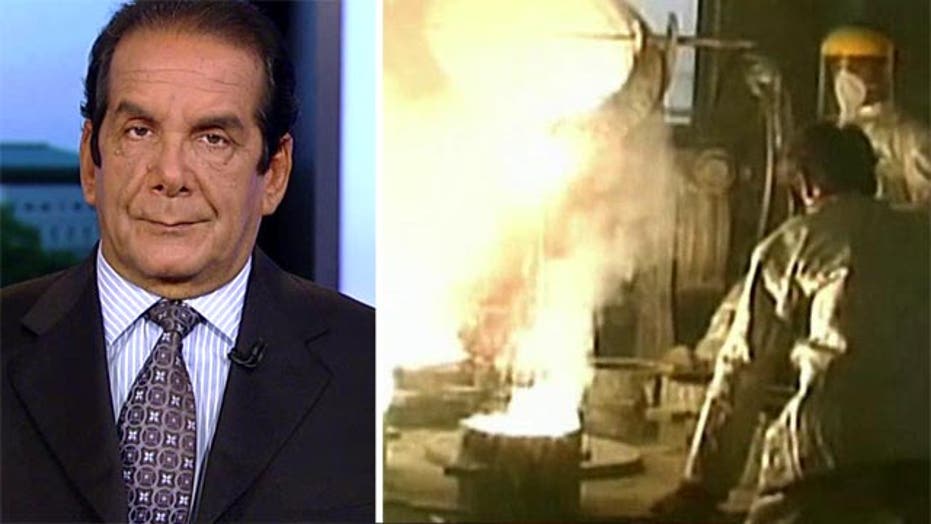 Krauthammer: Inspections on Iran are “ridiculous”

Charles Krauthammer discusses how the deal made with Iran will impact international sanctions.

Charles Krauthammer said on “Special Report with Bret Baier” Wednesday that the only thing certain regarding the Iran nuclear deal is that the international sanctions regime “is now dead.”

“That entire regime is now dead as a result of this agreement. Obama will now go to the Security Council making almost totally irrelevant what Congress does,” Krauthammer said.

“They are going to go within days to the UN. They are going to pass a resolution. It will probably be unanimous which is approving of the deal and part of that resolution will be to cancel all previous resolutions on sanctions and declaring the illegality of the Iranian program,” Krauthammer said.

President Obama defended the Iran nuclear deal during a press conference Wednesday and even admonished reporters on the agreement. The president met the press as well as his national security team, and Vice President Biden, lobbied skeptical lawmakers in Congress to back the agreement.

Krauthammer was also doubtful about the part of the deal dealing with inspections.

“We have no idea if the inspections are going to work,” said Krauthammer. “They won't. They're ridiculous with the almost one month of notice. We have no idea what's going to happen with the embargos but we know one thing. The sanctions are done. Iran is now free. They will not be re-imposed and that is a huge success for Iran.”