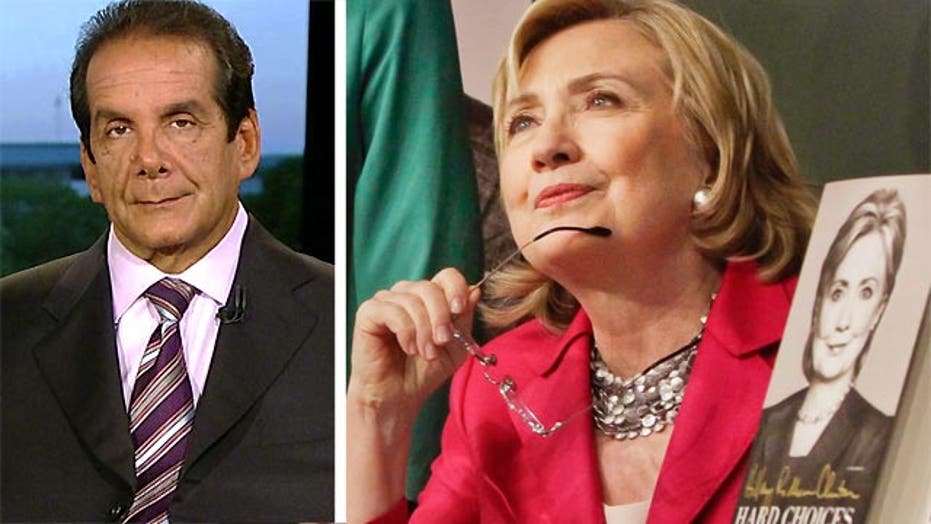 Charles Krauthammer said Tuesday on "Special Report with Bret Baier" that the main problem with Hillary Clinton as she moves towards a possible 2016 presidential campaign is that she seems to have a "sort of intrinsic insincerity" in her public appearances.

Clinton is currently plastering the airwaves to promote her new memoir "Hard Choices." Krauthammer, a syndicated columnist and a Fox News contributor, said he feels Clinton is constantly crafting her image in these appearances to be perceived in a certain way in the public.

“She’s continually crafting what she says,” Krauthammer said. “Crafting what her position is gonna be. Crafting her conduct to meet a certain perception.”

He later continued, "does anybody really know what she really thinks about a dozen issues? I don’t know, but you see it in that. She’s always creating herself even in smaller ways that are entirely unnecessary."

"He didn’t have to think twice if he was asked about any issue when he spoke and he got it right because he was sincere in that way," he said.