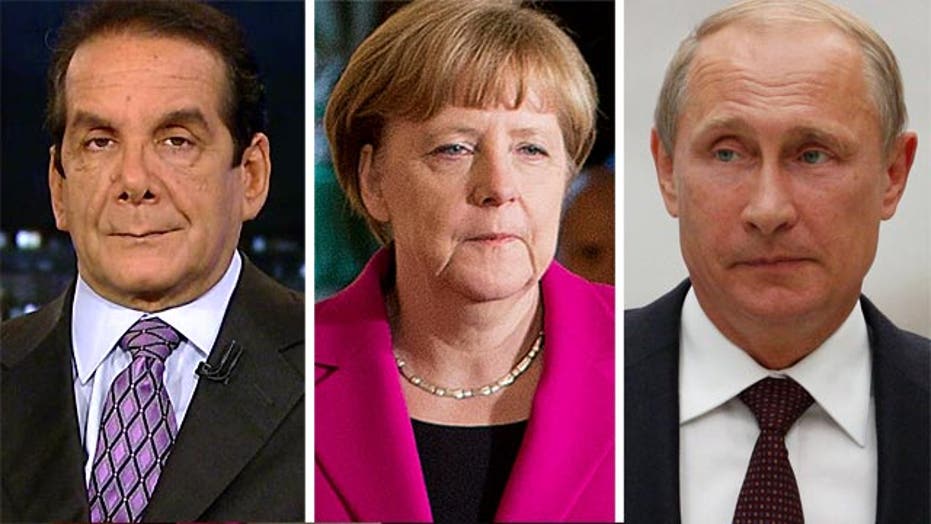 Charles Krauthammer told viewers Monday on “Special Report with Bret Baier” that when it comes to allies standing up to Russia, they may not all be united and “the division here is that the Europeans are scared to death” of Russian President Vladimir Putin.

His comments came hours after President Obama’s meeting with German Chancellor Angela Merkel which largely revolved around ending the conflict between Russia and Ukraine.

During a joint White House news conference afterwards, the president introduced the idea of the United States sending defensive weapons to Ukrainian troops. Merkel said that Germany still has hope that diplomatic negotiations may prove successful.

Krauthammer theorized that putting Ukrainians in a position to penetrate Russian tanks with weapons could provide a direct hit to Putin, adding that “the one thing Putin worries about is the morale of a people losing soldiers, having to bury Russians in a war that his own propaganda says doesn’t exist.”