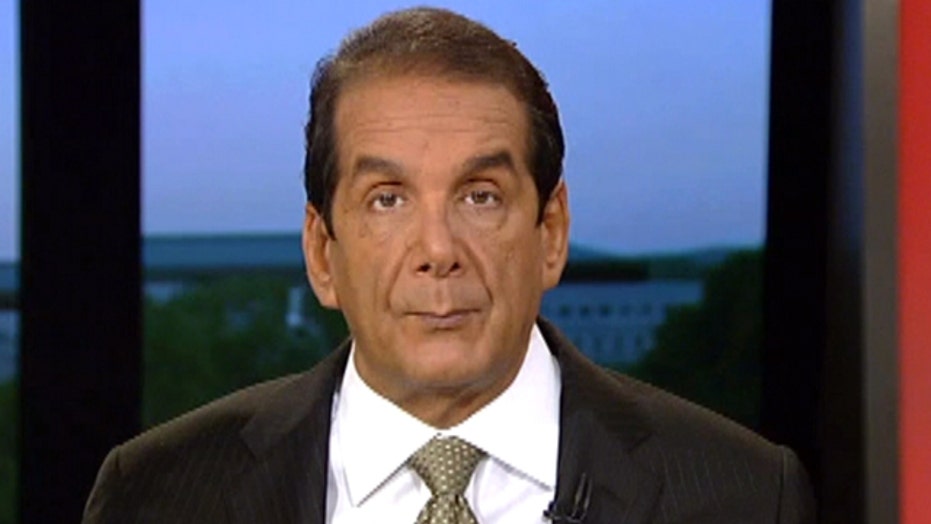 Krauthammer said on Thursday there is no reason we cannot provide air cover for boots already on the ground in Iraq saying, “this is a perfect scenario for an air war against them [ISIS].”

Charles Krauthammer said Thursday on "Special Report with Bret Baier" that controversy surrounding the idea of putting American troops on the ground in Iraq is a "red herring," adding the U.S. needs to instead launch an air war against the Islamic State militants.

Krauthammer, a syndicated columnist and a Fox News contributor, said there is "no reason" the U.S. cannot provide air cover for the boots already on the ground helping the Peshmerga, the Kurds and the special forces of Iraq fight the terrorists.

"It’s about a war on these people which doesn’t mean boots on the ground," he said. "It means supporting the existing troops on the ground who are doing a reasonably good job."

Krauthammer said instead, the Obama administration is trying to push for doing nothing.

"When you want to advocate inaction you say well what do you want to do? Declare war? Boots on the ground? A new Iraq war? No, of course not because those are red herrings and those are distractions," he said.