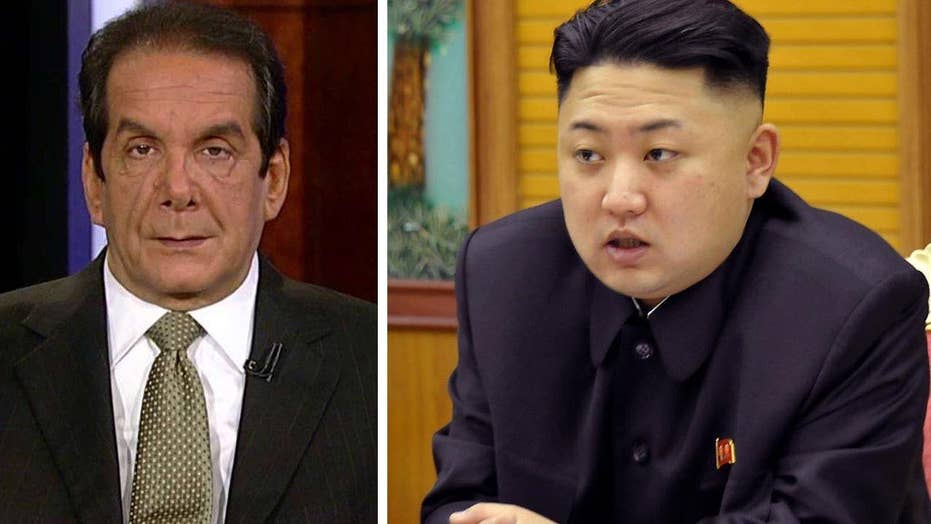 Krauthammer on SR Panel. Krauthammer says the way to fix North Korea is to engage China.

Nationally syndicated columnist Charles Krauthammer told viewers on Wednesday's "Special Report with Bret Baier" that he would give President Obama a "pass" when it comes to dealing with North Korea’s hydrogen bomb announcement but encourages the administration to engage China.

“There is only one way to affect what the North Koreans do and that is through China,” said Krauthammer. “China has no interest in squeezing off or strangling the regime. China supplies the food and the fuel.”

Krauthammer said the way to get through to China is through a “simple statement from the United States.”

“It shall be the policy of the United States to look favorably upon Japan and South Korea acquiring a nuclear deterrent and that we would give whatever assistance is required, end of statement,” said Krauthammer. “And I can assure you that will have an effect on China, who is the only player that matters.”