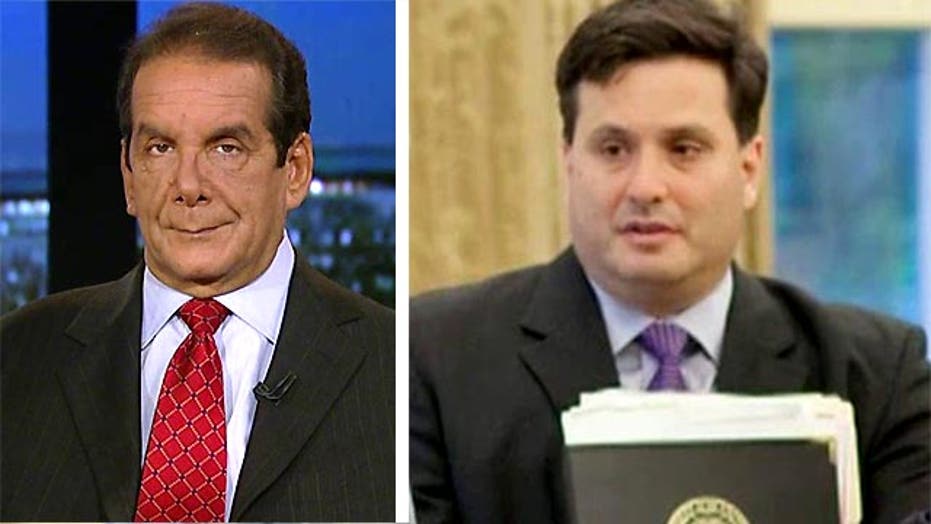 Charles Krauthammer said Friday on "Special Report With Bret Baier" that the president’s decision to appoint the former chief of staff for Vice President Biden and Al Gore as the new Ebola ‘czar’ is just another way to have an "appearance of motion" in the Obama administration.

"This is what Obama specializes in," the syndicated columnist and Fox News contributor said. "You have a VA scandal, an IRS scandal, Secret Service scandal. You fire the guy at the top so you have the appearance of motion."

Krauthammer also said of Ron Klain’s selection, “I don't think he's going to make any difference whatsoever. It's a pr move from beginning to end.”