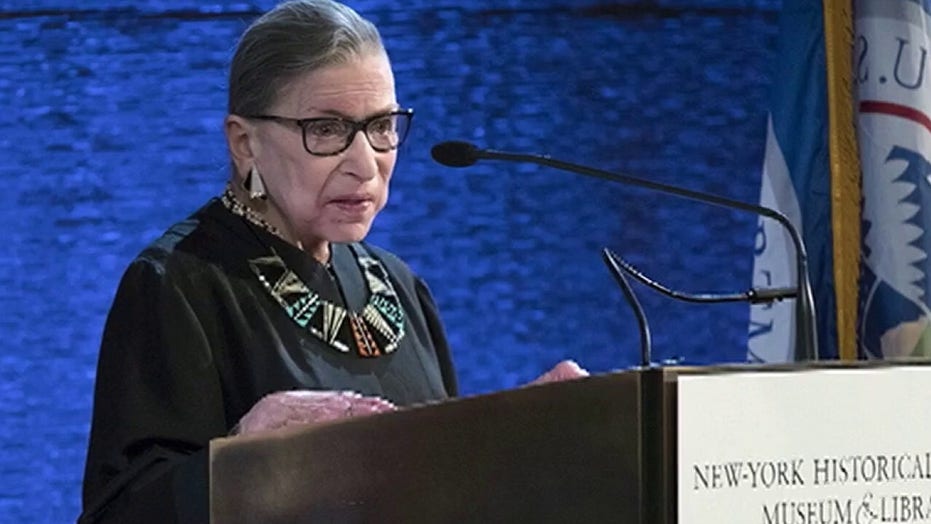 Lt. Col. Allen West, Republican Party of Texas chairman on the political impact of Trump nominating a Supreme Court justice ahead of the election.

Sen. Amy Klobuchar on Sunday called on Senate Republicans to use their "moral compasses" and resist replacing the late Justice Ruth Bader Ginsburg until after the next president is inaugurated..

During an appearance on CNN’s “State of the Union,” Klobuchar, D-Minn., hailed Ginsburg, who died Friday, as an “icon” and “hero.” Saying "our democracy is at stake," she urged her Senate colleagues to vote against considering President Trump’s nominee, expected to be announced as soon as next week.

“I put it on my Republican colleagues because they know what is at stake. People are literally voting in my state right now,” she said, noting that “health care is on the line” and that oral arguments before the high court over the Affordable Care Act are slated for Nov. 10. “This is coinciding with an election.”

“Whatever [Senate Majority Leader] Mitch McConnell does right now, my Republican colleagues understand that the voters are voting,” she continued. “And a number of them have already said that the next president, whoever wins, should be able to pick the justice.”

Klobuchar was seemingly referring to Sen. Lisa Murkowski, R-Alaska, who said before Ginsburg’s death that she would not vote to confirm a high court nominee ahead of the Nov. 3 presidential election; and Sen. Susan Collins, R-Maine, who said Saturday that whoever wins the presidency should nominate the next justice.

“The people pick the president; the president picks the justice,” Klobuchar said. “That was the McConnell rule, and that is the precedent they set.”

McConnell, R-Ky., hours after learning of Ginsburg’s passing, vowed Friday that a Trump nominee “will receive a vote on the floor of the United States Senate.”

Obama nominated Garland to replace the late Justice Antonin Scalia, but McConnell refused to hold a hearing or vote on his nomination, citing the imminent presidential election.

“While Mitch McConnell has said what he has said, these people are not beholden to him,” Klobuchar said of Senate Republicans. “They are beholden to their own integrity, own moral compasses, and are going to have to make their own decisions.”

But CNN’s Jake Tapper pressed Klobuchar, citing her comments in 2016 about the Garland nomination, when she said: “The Constitution is clear. The Senate must consider the president’s nominee and then choose whether to vote yes or no. We must do our job, hold hearings and vote.”

“They set this precedent, and they can’t mess around and use raw political power right in the middle of an election," she said.