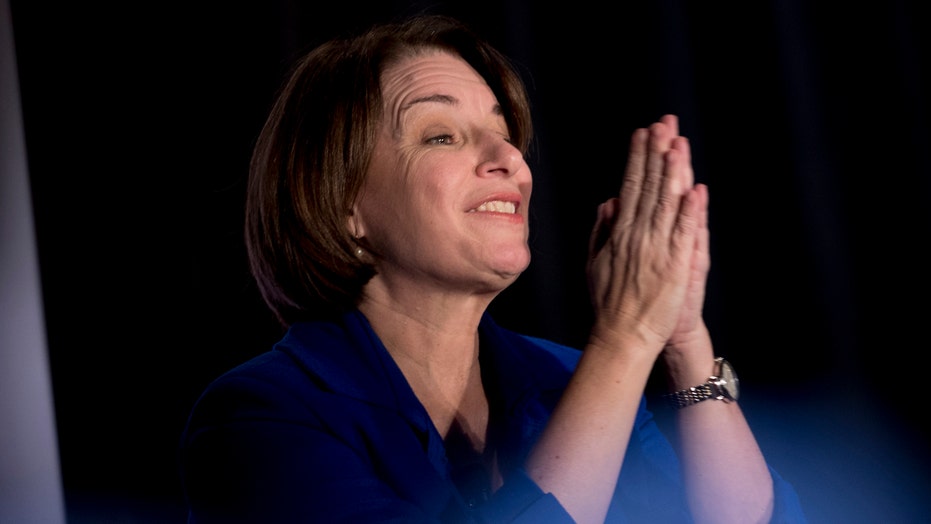 Minnesota Sen. Amy Klobuchar took the stage in front of an excited group of supporters Tuesday night after a shockingly strong showing at the New Hampshire primary and proudly stated her campaign has “beaten the odds every step of the way.”

With 63 percent of the votes in in New Hampshire, Klobuchar sits at 20.1 percent of the electorate, outperforming heavyweights such as Sen. Elizabeth Warren and former Vice President Joe Biden.

Klobuchar told the crowd that, despite her gender, she had won a Senate seat as the first woman from Minnesota in the “reddest of red districts and the bluest of blue districts.”

“People told me, like they told Elizabeth, they didn't think a woman could be elected, in my case, it was elected to U.S. Senate. I came back, I defied expectations,” said Klobuchar, adding that as the leading Democrat she passed over 100 bills amidst “the gridlock of D.C.”

“We know that we cannot win by trying to out-divide the divider in chief,” Klobuchar, who has been running as the rational, middle-of-the-ground Trump alternative, told the crowd. “Donald Trump’s worst nightmare is the people in the middle.”

She told voters she “cannot wait” to win with a movement of “fired up Democrats, Independents and moderate Republicans.”

“If you feel stuck in the extremes of our politics and you are tired of the noise, you have a home in me,” Klobuchar continued.