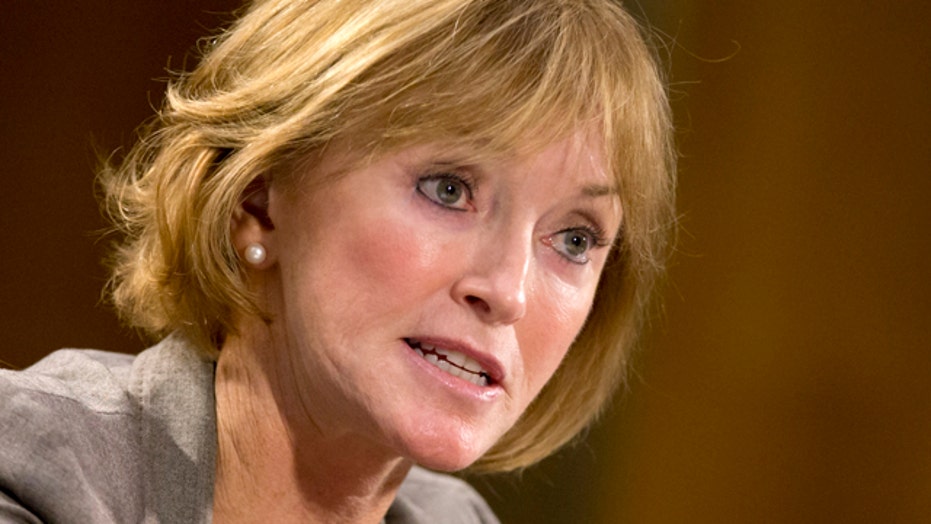 A key ObamaCare official involved in the rocky rollout of Healthcare.gov likely deleted some of her emails that are now being sought as part of an investigation into the problems by a House committee, Fox News confirmed Thursday.

The Department of Health and Human Services informed House Oversight and Government Reform Committee Chairman Darrell Issa in a letter Thursday that some of the emails belonging to Marilyn Tavenner, who leads the Centers for Medicare & Medicaid Services, may not be “retrievable.”

The missing emails belonging to Tavenner, whose agency runs the ObamaCare exchanges, were first reported by msnbc.com.

Issa, whose committee is also dealing with a missing email problem in its probe into the IRS’ targeting of conservative groups, said it “defies logic” that multiple Obama administration officials are “ignoring” federal rules on records-keeping.

“Yet again, we discover that this administration will not be forthright with the American people unless cornered,” he said.

HHS also informed the National Archives, which preserves government records, about the missing emails from Tavenner in a letter.

In that letter, the HHS said that since Tavenner receives as many as 12,000 emails a month, she would sometimes delete emails after either forwarding or copying the email to her staff to keep. However, some of these emails never made it to her staff, but the department believes that was due to sloppy records-keeping not an attempt to conceal information.

An HHS spokesman told Fox News that the department has confidence that the “vast majority” of Tavenner’s emails can be retrieved, and they have already located more than 70,000.

“There are no significant chronological gaps and we are working to compile the most complete email record possible for her,” the spokesman said.

The HHS discovered the missing emails when gathering documents to comply with a subpoena issued by the House Oversight and Government Reform Committee last year, as part of its investigation into the problems with the rollout of Healthcare.gov.