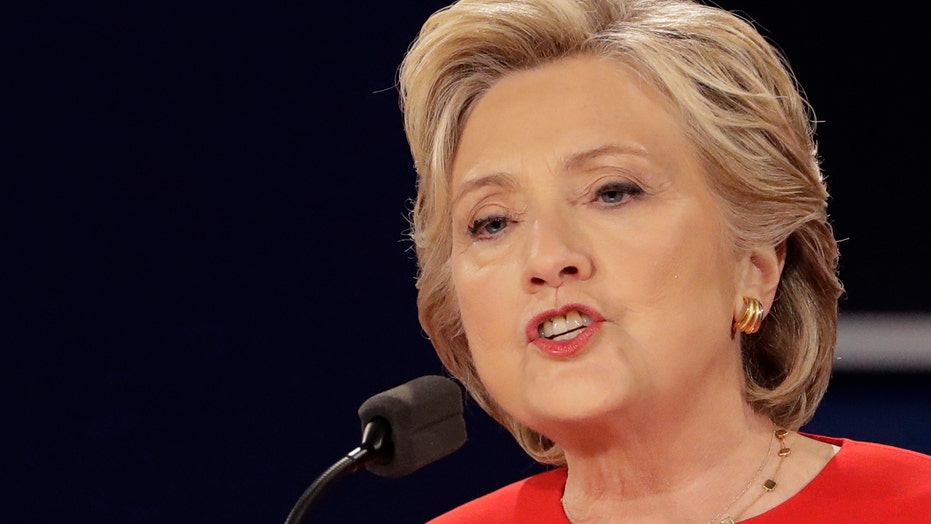 Did Hillary Clinton prove she can keep America safe?

A top aide to then-Secretary of State Hillary Clinton found herself in hot water in 2013 with the agency’s security and law enforcement arm when she lost classified information while accompanying her boss on a diplomatic trip to Moscow, an incident that the FBI revisited earlier this year when it probed Clinton’s own problems handling sensitive data.

Monica Hanley, Clinton’s “confidential assistant” at the state department, was reprimanded and given “verbal counseling” by Diplomatic Security after she left classified material behind in the Moscow hotel, FBI documents show. The FBI spoke to Hanley, 35, in January as a part of its investigation into Clinton’s handling of top-secret and classified information when she was Secretary of State.

“Diplomatic Security takes exposure of classified information very seriously,” said Jessica Vaughan, director of policy research at the Center for Immigration Studies, who formerly worked for the State Department. “Part of their job is to look for classified material that people have left out. You can lose your security clearance if you’re caught more than once, and that means you might lose your job. It’s a big deal.”

During her trip with Clinton to Russia, Hanley was given a “diplomatic pouch” that held Clinton’s briefing book and schedule for her Russian trip. Hanley brought the pouch and its contents into the Russian hotel suite, which she shared with Clinton, but she left behind some of those classified documents, the FBI report revealed.

Diplomatic Security, which protects the Secretary of State in the U.S. and abroad as well as high-ranking foreign dignitaries and officials visiting the United States, found the classified document in that suite during a routine sweep after Clinton and Hanley left the hotel. Agents subsequently informed Hanley “the briefing book and document should never have been in the suite.”

Despite having top secret clearance and being one of just three people working for Clinton with access to the top-secret communication room called a Sensitive Compartmented Information Facility, or SCIF, in Clinton’s residences in Washington and New York, Hanley had other lapses with State Department records.

After Clinton’s longtime friend Sidney Blumenthal was the target of an email hack in the spring of 2013, Clinton’s email company, Platte River Network, advised Clinton to change her personal email address, because he had been frequently corresponding with Clinton and her aides. Because Clinton did not want to lose her old emails, Hanley was given an extra Apple MacBook from President Bill Clinton’s Harlem, N.Y., office, and directed to transfer over all four years of Clinton’s emails. She completed the virtual process from her own apartment, which she said took several days because of the volume.

Hanley made another backup of the emails on a thumb drive, but the FBI report said that is lost. “Hanley also recalled transferring the emails to a thumb drive but could not recall what happened to the thumb drive,” the report stated.

The laptop remained in Hanley’s apartment. Hanley moved at least once, and brought the MacBook with her to her new apartment, but she never recovered the thumb drive, the FBI report said.

After Hanley left the State Department in 2014, she realized she still had the laptop in her desk drawer, and she mailed it back to Platte River Network with directions to migrate the emails back to Clinton’s existing server and return the MacBook to Clinton’s current aide.

When the FBI first contacted Hanley in November, 2015, to schedule an interview, she reached out to Clinton’s current aide to ask for the whereabouts of the laptop, but the assistant told Hanley “she did not recall receiving it from Platte River Network.” Also missing were all of Clinton’s emails sent and received between January and March 2009, the FBI report showed.

Justin Cooper, a longtime aide to Bill Clinton who also played a key role in setting up Hillary Clinton's email system, told FBI agents that he took Clinton’s discarded phones and would either break them in half or smash them with a hammer but there was no accounting of the number of phones discarded or where they were located.

While critics note Clinton’s hardware wasn’t safeguarded, neither were her emails. When Clinton's server and email system went down during a storm, Hanley created a gmail account for Clinton to use while Clinton was in Croatia. Hanley, like other State Department employees, often used unsecured private email accounts instead of their State Department email, allegedly because the wireless connection in the plane they traveled in didn’t sync with the State Department account.

The Inspector General, who at the direction of Congress, looked into whether Clinton and her team mishandled classified information, referred the case to the FBI because it determined classified and top secret documents were part of the record. The State Department subsequently designated 22 of the messages from Clinton’s account as “top secret,” which means they could cause “exceptionally grave” damage to national security if they are disclosed.

But on July 5, FBI director James Comey announced that the FBI had closed its investigation into Clinton’s use of a personal email system during her time as Secretary of State without recommending charges against anyone involved. The Attorney General immediately accepted the FBI’s recommendation not to prosecute. The FBI released 189 pages of its report on the investigation last Friday.