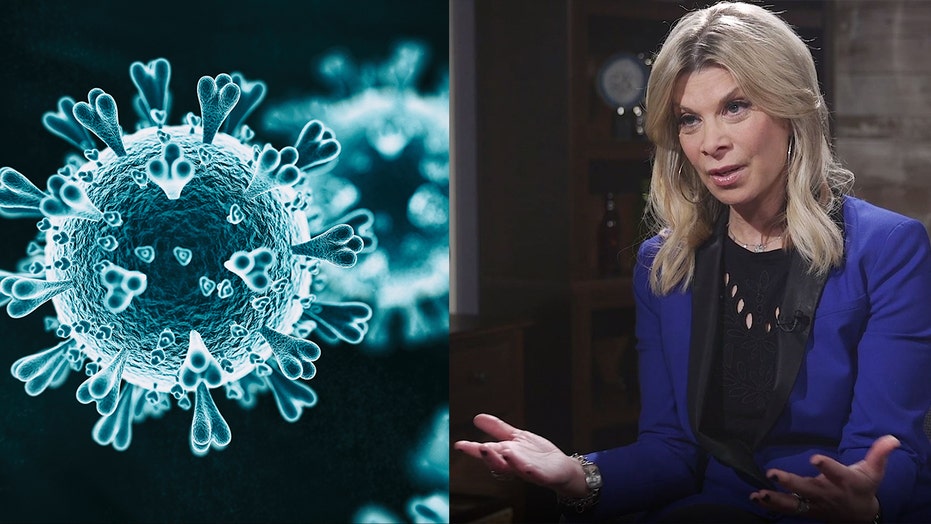 Psychotherapist Dr. Robi Ludwig explains how heightened fear and anxiety due to the coronavirus pandemic will affect the population, including the possibility of increasing xenophobia from 'social distancing'.

House Minority Leader Kevin McCarthy, R-Calif., defended himself this week after Democrats accused him of racism by using the term "Chinese coronavirus" to describe the global pandemic that originated in China.

The controversy started on Monday when McCarthy tweeted a link to the federal government's website containing information about the coronavirus.

"Everything you need to know about the Chinese coronavirus can be found on one, regularly-updated website," he said.

TRUMP: 'CORONAVIRUS DOESN'T CARE WHAT PARTY YOU ARE IN'

But as McCarthy noted, major media outlets had used the term "Chinese coronavirus" in the early days of the outbreak.

"Here we go again.→ Democrats are trying to score political points by calling Republicans racist," he tweeted. "Coronavirus is a China-born disease—made worse by a Communist Party that rejected America's help to contain it. Which is why Dems & media called it "Chinese coronavirus" for weeks." He included screenshots of headlines from The New York Times, The Washington Post and CNN among other outlets.

He added that Democrats were sowing division that played into China's hands. "Don't fall for it," he warned.

China saw the vast majority of cases (over 80,000) and deaths (3,158). Yet, MSNBC anchor Chris Hayes said it was "astoundingly gross" for Rep. Paul Gosar, R-Ariz., to call the disease the "Wuhan Virus" -- a term which refers to the part of China where the virus originated.

"[C]alling #COVIDー19 the Wuhan Virus is an example of the myopia that allowed it to spread in the US," Rep. Ted Lieu, D-Calif., tweeted. "The virus is not constrained by country or race. Be just as stupid to call it the Milan Virus." He also took specific aim at McCarthy's tweet, claiming it showed a "myopic focus on China."

Rep. Alexandria Ocasio-Cortez, D-N.Y., argued on Tuesday that people were avoiding Chinese restaurants due to "straight-up racism around the coronavirus."

Multiple outlets have reported that Chinese restaurants saw a dip in business as the pandemic sweeps the world.

The Massachusetts Restaurant Association said in a statement released last month that patrons were making “inaccurate correlations” between eating at the state’s Chinese establishments and the spread of the new coronavirus.