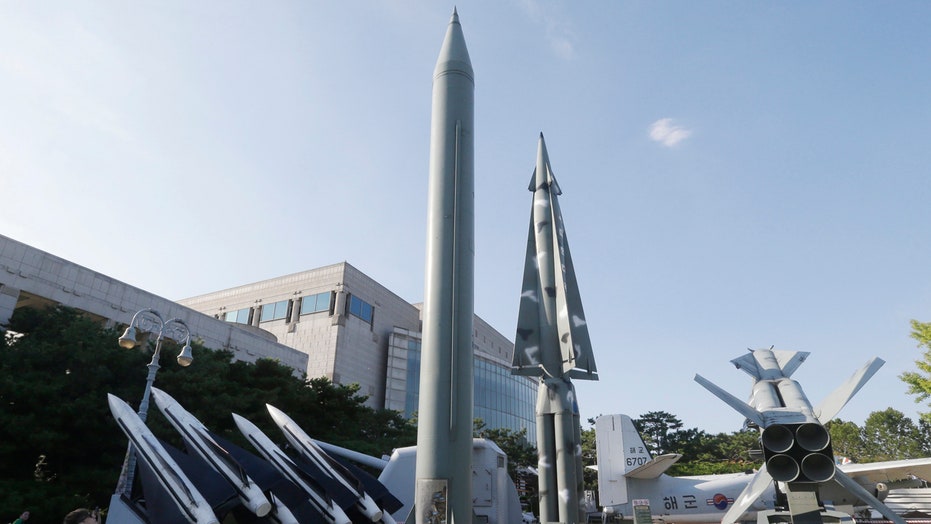 Secretary of State John Kerry said Wednesday it may take more than sanctions to end North Korea's nuclear weapons threat because its isolation from the global marketplace makes U.S. economic pressure less effective than it was on Iran.

The American goal in North Korea remains the same, Kerry insisted: A peaceful solution that leads to nuclear disarmament. But he also warned of increasingly "severe consequences" against Pyongyang a day after it declared that it has upgraded and restarted all of its atomic fuel plants — meaning it could potentially make more sophisticated nuclear weapons.

The North also said this week it was ready for more rocket launches whenever it sees fit, and there is wide speculation it could conduct a launch or hold another test of a nuclear weapons to coincide with the 70th anniversary of the founding of its ruling party. The date is Oct. 10.

Kerry, who in July worked with six other foreign ministers to seal a long-term nuclear pact with Iran to curb its nuclear program, said the Islamic Republic's leaders "made a fundamental decision that they're willing to change their direction, end their isolation in the world and that that was more important than pursuing a nuclear weapons program. North Korea, though, has not made that decision."

Speaking to reporters after a strategic dialogue with South Africa's top diplomat, Kerry said the U.S. and its partners will "put pressure on North Korea in order to get them to come to a place where they understand that their people, their country will never move forward until they live up to their international obligations." But, he conceded the strategy would have to be different than with Tehran.

"It may take more than sanctions with respect to North Korea because of its total absence of a legitimate economy," Kerry said. He didn't specify the other options, but noted that China was loosening trade ties with North Korea, and that Beijing's leaders have avoided talks with top representatives of the Kim Jong Un's government while holding a series of meetings recently with South Korean President Park Geun-hye.

Kerry said part of his discussion Tuesday with Russian Foreign Minister Sergey Lavrov focused on calibrating the "choices" for Pyongyang, with the goal of restarting diplomacy.

But his vagueness on the path forward underscored the difficulty for the United States in leveraging effective pressure on a government that is already shunned by most of the world and an economy that is deeply dysfunctional but operates largely independently.

If North Korea launches a rocket, the U.N. Security Council could respond by putting more North Korean entities on its sanctions list. But the effects of such a move may be limited as the North Koreans have become experts at evading restrictions after years of experience. The most recent report by a U.N. panel of experts on North Korea documented such practices.

Another option is legislation by Congress that would compel the Obama administration to put sanctions on third countries or entities that work with the North Koreans. Thus far, U.S. officials have been lukewarm about such a bill, arguing that they have the tools they already need to identify and penalize international banks that are enabling North Korean transgressions.

North Korea, however, may not carry out all of its threats. Its recent statements fit a pattern of using claimed improvements in its nuclear and missile programs — many of which don't lead to launches or nuclear tests — to push for talks with the United States that could provide the impoverished country economic concessions or eased sanctions.

North Korea has spent decades trying to develop operational nuclear weapons. It is thought to have a small arsenal of atomic bombs and an impressive array of short- and medium-range missiles. But it has yet to demonstrate that it can produce nuclear bombs small enough to place on a missile, or missiles that can reliably deliver their bombs to faraway targets.