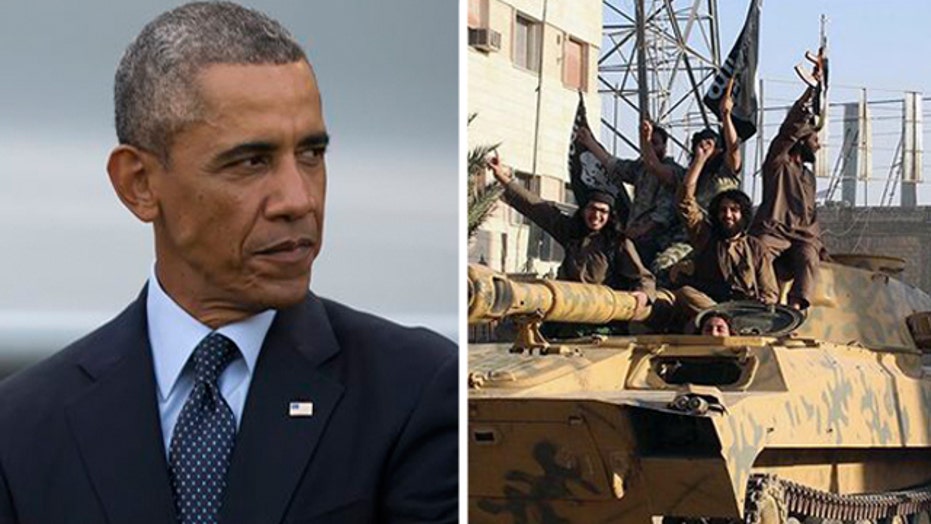 Obama: ISIS offensive includes no plans for US ground troops

WASHINGTON – Secretary of State John Kerry says Iraq has cleared a major milestone in the fight against the Islamic State militant group by forming a government that has pledged to ease sectarian tensions in the country.

Kerry told reporters Monday that the new leadership in Baghdad is the cornerstone of an international strategy to defeat and destroy the Sunni insurgency that has overrun parts of northern Iraq and Syria.

He said the Islamic State group is now facing a worldwide coalition of nations that is determined to destroy it — whether by military power, or cutting off financial support, or even countering the vicious propaganda that lionizes the insurgents' mission.

Kerry will travel to the Mideast on Tuesday, with stops planned in Saudi Arabia and Jordan.