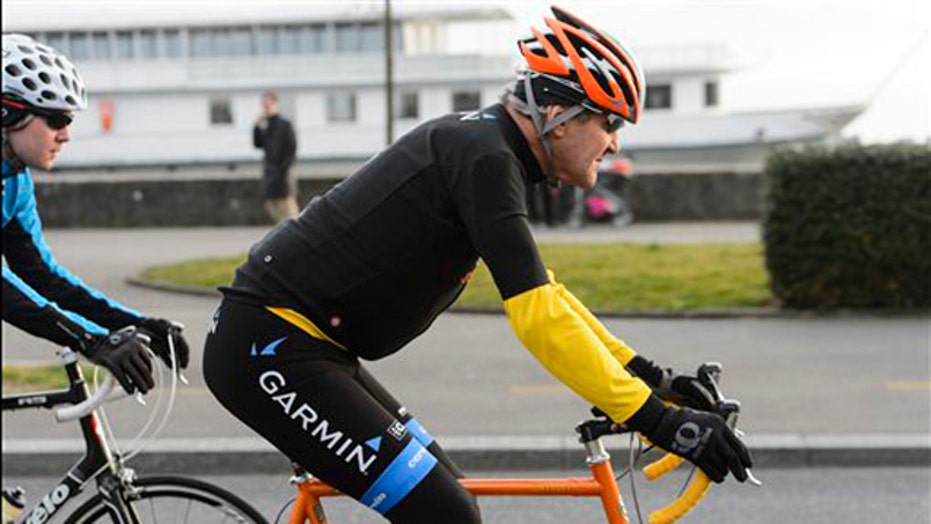 WASHINGTON – Secretary of State John Kerry returned to Boston Monday for surgery on his broken leg, as U.S. officials insisted his injury would not hinder his participation in nuclear negotiations with Iran.

With an end-of-June deadline for an Iranian deal fast approaching, the 71-year-old Kerry left Geneva aboard a U.S. military plane accompanied by his orthopedic surgeon, Dennis Burke, and additional medical personnel. Officials said Burke is expected in the coming days to perform surgery on Kerry's right femur, which Kerry fractured Sunday in a bicycle accident when he struck a curb and fell on a regular Tour de France route located southeast of the Swiss city.

He had been receiving treatment at Geneva's main medical center, HUG, and was taken to Massachusetts General Hospital after he returned home to Boston. Kerry, an avid cyclist, had hip replacement surgery several years ago. The fracture was near the hip, leading to speculation that his recovery would be lengthy and prevent him from being as involved in the Iran negotiations as he has been over the past two years.

The State Department sought to tamp down such suggestions, saying that Kerry is committed "to pursuing an aggressive recovery schedule" and had spent much of Sunday and Monday on the phone with colleagues, including President Barack Obama and counterparts, including the French, Spanish and Iranian foreign ministers. Kerry had spent six hours with Iranian Foreign Minister Mohamad Javad Zarif on Saturday in Geneva before his bike accident.

"Secretary Kerry's main focus for the month of June remains squarely on the Iran negotiations," spokeswoman Marie Harf told reporters. "His injury does not change that. He and the entire team are absolutely committed to the same timetable and are working toward June 30th as the deadline for these talks."

Kerry himself expressed optimism as his plane took off from Geneva, saying on Twitter that that was eager to return to work.

"Look fwd to getting leg set & getting back to @StateDept!" he tweeted. "Meantime, work goes on. Big thanks for well-wishes. #Onward." In a French-language tweet, Kerry thanked the local Swiss and French police and emergency workers, calling them "real professionals."

The State Department referred questions about Kerry's treatment and recovery time to his physicians.

But Harf stressed that Kerry expects to participate in person in upcoming rounds of negotiations with Iran.

"We do continue to believe that we have the time and resources necessary to pursue and hopefully complete the Iran negotiations," Earnest said, expressing confidence that Kerry will continue to play a "critically important and leading role" with hopes of completing the deal by the end of the month.

He said, however, that it was unlikely Kerry would be able to return to his previous pace of travel for the talks.

The broken leg has already altered his travel plans.

Kerry had planned to travel to Madrid on Sunday for meetings with Spain's king and prime minister, before spending two days in Paris for an international gathering to combat the Islamic State. He will now participate in the Paris conference remotely.

Kerry had been taken by helicopter to the Geneva hospital following the accident on Sunday after a paramedic and a physician who were traveling in his motorcade at the time of crash provided him with immediate attention. X-rays confirmed the extent of his injury.

His regular government plane returned Sunday night to the United States carrying much of his staff and reporters who had accompanied him on the trip. He had hoped to leave later in the day on a plane fitted with special medical equipment.

Kerry's cycling rides have been a regular occurrence on his trips. He often takes his bike with him on the plane and was riding that bicycle Sunday.