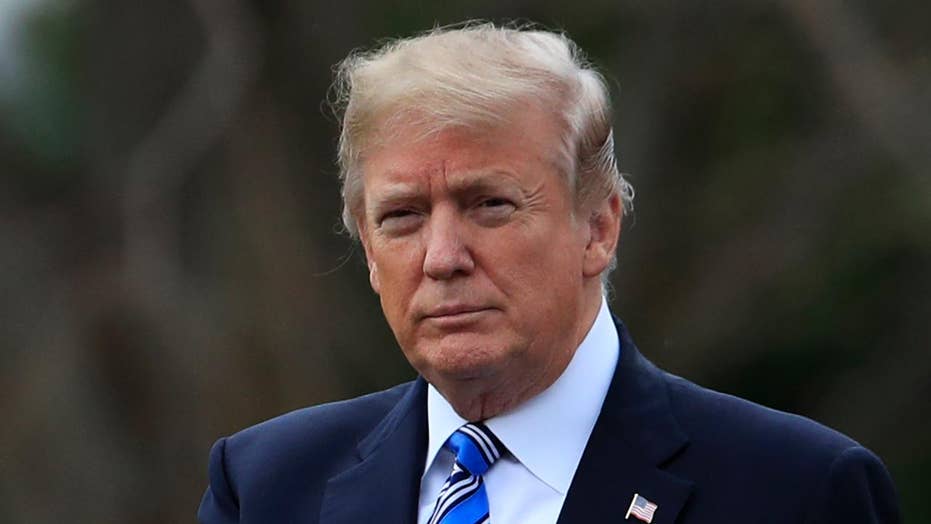 Former Secretary of State John Kerry faced a question about his role in releasing billions of dollars to Iran during the Obama administration and responded by first attacking President Trump’s criticism of the move.

President Trump has claimed that Iran’s recent aggression against the U.S. in Iraq was funded by $150 billion that the Obama administration gave to Iran. Kerry has insisted that was false, although in the past he recognized that at least some of the money – which was frozen due to sanctions and held in banks around the world before being released at roughly the same time the Iran nuclear deal was made – would end up in the hands of terrorists.

NSA O'BRIEN: SANCTIONS, PROTESTS HAVE IRAN 'CHOKED OFF,' WILL FORCE THEM TO NEGOTIATE

“I think that some of it will end up in the hands of the IRGC or other entities, some of which are labeled terrorists,” Kerry told CNBC in 2016. When asked by Sunday on CBS’ “Face the Nation” why he believed this was a worthwhile risk when releasing the money, Kerry attacked the president rather than answer the question.

“You know that the president's tweet is a lie,” Kerry told host Margaret Brennan. “And the president tweeted this morning, because I am coming on the show and he knew you'd ask me the question or he'd push you in a place where you did ask the question. You and the media, I think, need to call a lie a lie.”

Brennan immediately reminded him that she asked the same question in 2015.

Kerry continued, saying that what he meant was that “clearly some money from the budget of Iran is going to go to the IRGC.” He then said that, contrary to what President Trump claims ”his own defense intelligence agency in 2017 testified to the Congress that very, very little money actually went to the IRGC at all.”

Kerry did not explain his rationale for releasing the money at the time, before he knew where the funds would end up.