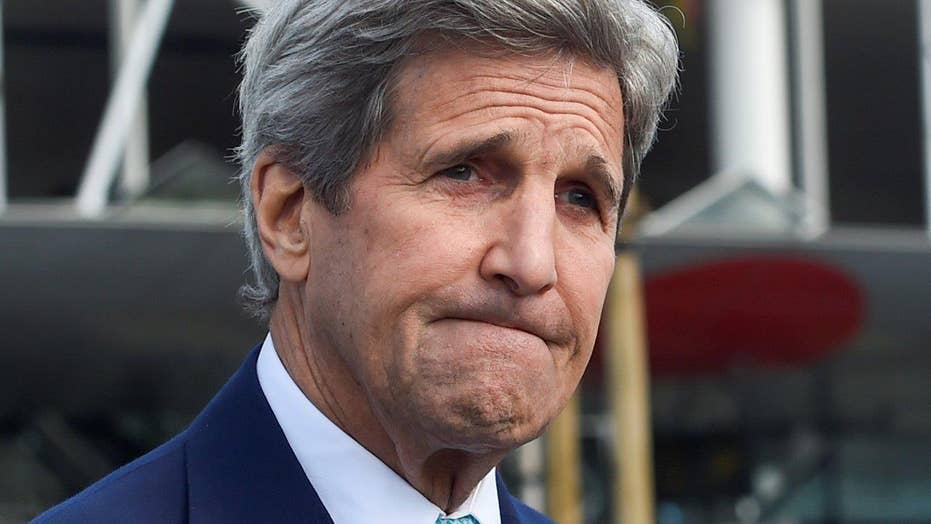 WH on defense: Obama's schedule 'not set by terrorists'

"Everywhere I go, every leader I meet, they ask about what is happening in America,” Kerry told CBS’ “Face the Nation.” “They cannot believe it. I think it is fair to say that they're shocked.”

He also suggested the GOP candidates’ rhetoric is calling into question the United States’ “reliability."

Kerry, fellow Democrats and others are particularly upset over GOP front-runner Donald Trump calling for an end to the U.S. Visa Waiver Program and suggesting so-called “enhanced” interrogation methods like water-boarding for terror suspects.

Trump, who has never held elected office, also suggested after the recent Paris bombings, which like the deadly Brussels attacks have been connected to the Islamic State terror group, that the United States put a temporary ban on Muslim immigrants.

Cruz has criticized Obama’s plan to allow tens of thousands more Syrian refugees into the U.S., over concerns about ISIS infiltrators, and suggested stepped-up policing of Muslim neighborhoods across America.

He repeated those arguments Sunday and again criticized Obama for continuing his diplomatic trip to Cuba and Argentina after the attacks.

He said the president while in Cuba was “toasting a communist dictator who tortures and murders his citizens and who spreads terrorism throughout Latin America.”

Earlier in the show, House Permanent Select Committee on Intelligence Chairman Rep. Devin Nunes said, “the president of the United States should not be hanging out with a known financier of terrorism.”

“The more we don’t take care of ISIS or al Qaeda, the more this threat will grow,” the California lawmaker said. “You've got the president of the United States dancing down in Argentina when he should be meeting with the leaders of Europe and other allies to try to take the fight to the enemy.”

He also Obama was “delusional” in defending his decisions and actions after the deadly attacks Tuesday by saying “it is very important for us not respond with fear.”

Kerry was criticized for saying after the bombings at a Brussels airport and subway station, which killed 31 and wounded roughly 270 others, that the U.S. was winning the fight against ISIS.

He argued Sunday that the U.S.-led coalition has recouped about 40 percent of the territory in Syria that ISIS had captured and that coalition forces are killing roughly one ISIS leader every three days.

Kerry also said that the Republican presidential candidates' campaign rhetoric on Muslims is an "embarrassment" to the United States.