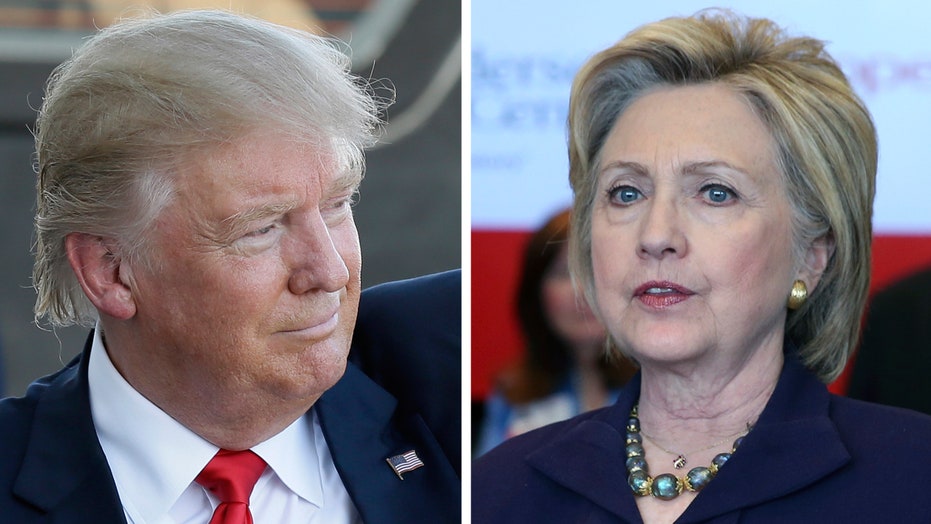 Trump v. Clinton: Who will raise taxes and how much?

Breaking down the candidates' stances

“We just have to get more Americans a chance for better jobs with better incomes so you can believe you’re going to give your children and grandchildren a better life,” Clinton said at a rally in Louisville. “We can put more Americans to work.”

Clinton and Sanders will compete Tuesday in Kentucky and Oregon, while Republican presumptive presidential nominee Donald Trump will try to add to his delegate count in Oregon.

There are 28 Republican delegates at stake in Oregon toward Trump securing the party nomination with 1,237. He now has 1,134 delegates with 436 still available in the party’s seven remaining state contests.

Trump was not on the campaign trail Sunday. Since becoming the nominee in early May, the billionaire businessman has increasingly focused on financing a general election campaign and getting the party to rally around his candidacy.

Clinton already has an insurmountable lead in the delegate race, 2,240-to-1,437, toward 2,383 to clinch to party nomination.

The 55 at stake in the state’s Democratic primary Tuesday and the 61 in Oregon won’t change the outcome of the party’s primary. However, Sanders has won 10 of the past 12 state contests, which is inspiring the Vermont senator to keep his campaign alive through the remaining nine Democratic contests and the party’s nominating convention in July.

“We are going to create an economy that works for all of us, not just the 1 percent,” Sanders said at a rally Sunday in Paducah, Ky. “What we are seeing is massive levels of poverty that should not be taking place in the richest country in the world. … A handful of wealth families are controlling the political and economic life of this nation.”

(The state’s unemployment rate of 5.6 percent is above the national average of 5 percent.)

Clinton is expected to do well in Kentucky, which has a Republican governor and two GOP senators. She soundly defeated Barack Obama their 2008 primary contest in the state, and limited polling shows Clinton with a double-digit lead ahead of Tuesday’s contest.

As one of the country’s most liberal states, Oregon would appear like Sanders territory. However, the state’s Democratic primary is open only to registered Democrats, a situation that has hurt Sanders in other states with so-called “closed primaries," considering his crossover appeal to independent voters.

Polling in the state varies, but a new and frequently cited survey by the Portland-based firm DHM Research shows Clinton leading by double digits.

The former secretary of state is also trying to move toward an anticipated general election race, against Trump. Her campaign sent out a fundraising email Saturday highlighting the cost of “running two races,” under the headline “Nuts.”

On Sunday, Clinton again turned to Trump, saying as she has before that he’s a “loose cannon” for suggesting that more countries have nuclear weapons and using the United States’ against the Islamic State.

“I’ve never heard such reckless, risky talk from somebody about to be a nominee for president than I’ve heard from Donald Trump when it comes to nuclear weapons,” Clinton said in Louisville. “He says he would use nuclear weapons. This is scary, dangerous talk. This is the talk of a loose cannon.”