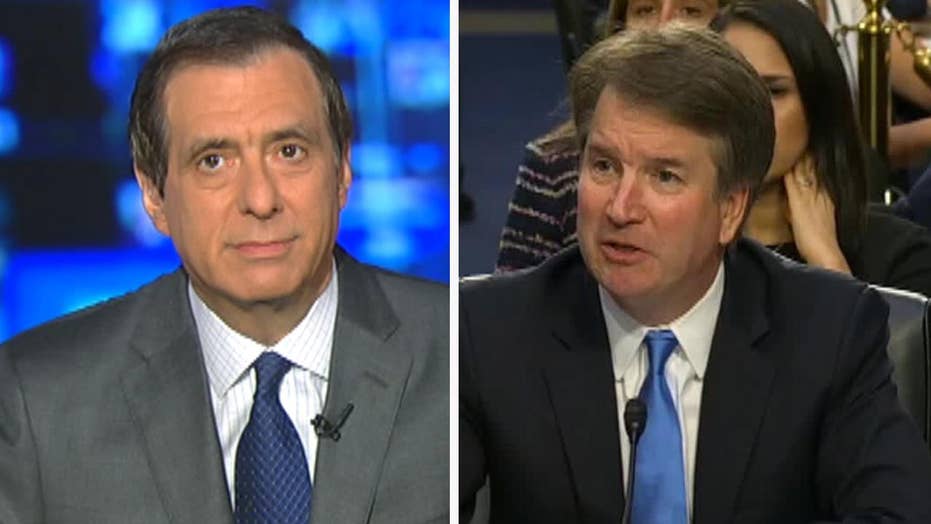 After the nation was riveted by the Senate testimony of Anita Hill and Clarence Thomas, the Supreme Court nomination came to a vote.

Democrats controlled the Senate. Joe Biden had chaired the hearings.

And yet Thomas was confirmed, with 11 Democrats joining 41 Republicans to provide the margin of victory (and two Republicans voting against him).

That would be inconceivable today. The hyperpartisan nature of today’s politics would never allow so many Democrats to defect in favor of a Republican president's nominee, one who was not only extremely conservative but had faced a last-minute accusation of sexual harassment.

With Brett Kavanaugh's nomination now on the line after an eleventh-hour charge of long-ago sexual assault, it's become a cliché to say that America is a very different place than it was back in 1991. Indeed, it's a very different place than in 1998, when most Democrats stuck by Bill Clinton despite numerous sex scandals, including his affair with a White House intern.

The cultural landscape now includes Bill Cosby (who is being sentenced next week) and a #MeToo Movement that has cost powerful men their jobs in Hollywood, media, Silicon Valley and many other businesses and walks of life. With more female office-holders, there is an automatic presumption that women making such accusations are entitled to a fair hearing.

That's why Christine Blasey Ford, who came forward with a harrowing tale of what she called attempted rape when she and Kavanaugh were high school students, posed such a grave threat to the judge's confirmation.

But in the last day or so, that threat seems to be deflating.

When Republicans invited Ford to a hearing next Monday, she had a prime opportunity to make her case. A credible appearance, even with Kavanaugh's steadfast denials, would have made it difficult for at least some GOP senators to approve him for the high court.

But Ford, after saying through her lawyer she was willing to testify, is balking. She is balking even though Chuck Grassley offered her the option of testifying in a private session (though that would lessen the public impact of her appearance). And that is taking the air out of the Kavanaugh opposition.

Even Mika Brzezinski, the MSNBC liberal and women's rights advocate, said yesterday that if Ford won't testify, "you have to wonder what the Republicans are supposed to do except demand a vote ... This is something that happened in high school. This is going to need her voice. There's no other way around it. No one can do it for her, as miserable as that may be."

"It is of course extraordinarily difficult for any person to face cross-examination. It's even more difficult when facing examination based on memories so painful and so far in the distant past." But, he said, it is crucial to our system of justice.

Now I get why this is so daunting for Christina Ford. She has, according to The New York Times, gotten death threats, moved out of her house, away from her kids, and is "essentially in hiding." She has gotten a ton of online abuse, along with plenty of support. It's a sad spectacle that underscores why she was reluctant to go public in the first place.

But for Ford to insist on an FBI investigation before she appears, whether you agree with that or not, is overplaying her hand. It turns what had been an alleged tale of moral outrage into a process story. Now we're down to Grassley offering to send a team to interview Ford in California. Maybe she's just getting cold feet.

Some minor developments aren't helping her case. Mark Judge, the Kavanaugh friend named by Ford as having joined Kavanaugh in the assault at a party (and who has acknowledged being a teenage alcoholic), has denied being at the party or involved in any such assault.

A woman named Cristina King Miranda wrote on Facebook that she knew Ford and Kavanaugh in high school and that "the incident was spoken about for days afterwards in school. Kavanaugh should stop lying." But that contradicts Ford's account that she told no one for 30 years—and Miranda quickly deleted the post. ("I will not be doing anymore [sic] interviews. No more circus," she tweeted yesterday.)

Patrick J. Smyth, who attended Georgetown Prep with Kavanaugh, said in a statement that he understands he is the person identified by Ford as "PJ" who was supposedly present at the party: "I have no knowledge of the party in question; nor do I have any knowledge of the allegations of improper conduct she has leveled against Brett Kavanaugh." It is not clear why he believes that Ford named him.

All this dramatizes how hard it is to prove a 36-year-old allegation without witnesses, without an address, and without at least an approximate date. And without Ford's testimony, that is very likely where it will remain.