Maura Kane and Maura Fitzgerald, two women who dated Supreme Court nominee Brett Kavanaugh when they were younger, spoke to Fox News on Monday night to vouch for his character.

“He was nothing but kind and polite and respectful. I dated him — I had known him since high school. I dated him briefly in college. And we have remained close friends ever since,” Fitzgerald said. “I cherish his friendship. He has just been such a stand-up guy, full of integrity. I admire him. He never exhibited to me or anyone else that I know with anything — treated no one with disrespect.”

The Senate Judiciary Committee on Monday invited Kavanaugh and the woman who accused him of sexual assault, Dr. Christine Blasey Ford, to a public hearing next week. Thursday's vote on whether to recommend Kavanaugh's nomination to the full Senate has been delayed, sources told Fox News. 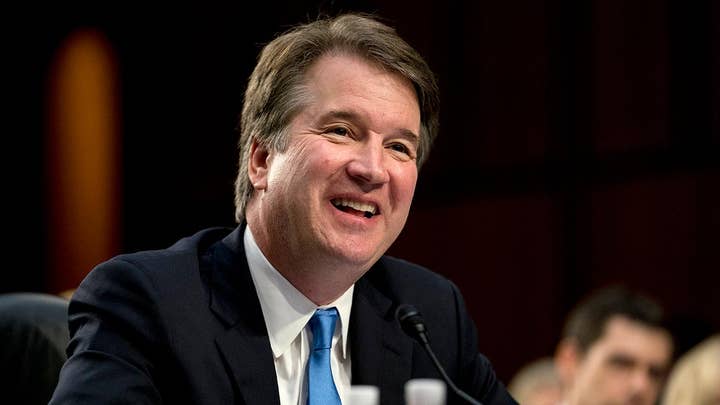 The 65 women, who claimed to have known Kavanaugh for more than 35 years, including Kane and Fitzgerald, penned a letter to the Senate Judiciary Committee on Friday.

The letter said, in part: “The signers of this letter hold a broad range of political views. Many of us are not lawyers, but we know Brett Kavanaugh as a person. And he has always been a good person.”

Both women said on “The Story with Martha MacCallum” that all the signers stood by the letter.

The sexual assault allegation first came to light in the form of a letter obtained by Sen. Dianne Feinstein, D-Calif., who sent shockwaves through Washington when she announced last week she forwarded it to the FBI. Feinstein is the top Democrat on the Judiciary Committee, which is tasked with deciding whether to give a formal recommendation of Kavanaugh to the full Senate for a vote.

Ford publicly came forward Sunday to accuse the federal appeals judge of sexual assault decades ago. In an interview with The Washington Post, Ford said her “civic responsibility is outweighing my anguish and terror about retaliation.”

She has accused Kavanaugh of pinning her to a bed during a house party in Maryland in the early 1980s, attempting to remove her clothes and putting his hand over her mouth when she tried to scream. At the time of the alleged incident, Ford was 15 and Kavanaugh was 17, she said, adding that Kavanaugh was drunk. 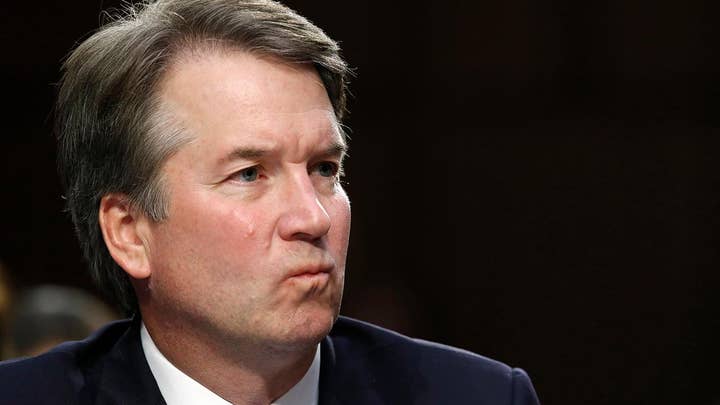 “I thought he might inadvertently kill me,” Ford said. “He was trying to attack me and remove my clothing.”

When asked if they knew Ford, Fitzgerald said she didn’t recognize the name, and Kane said she knew her but not well.

Both said they were shocked by the rape allegations, and knew Kavanaugh as a young man of respectability.

Fitzgerald said: “In all of the times, all the years that I have known Brett, even if we had a beer, he was always in complete control. And he was actually one of the guys that if we were at a social gathering, he’d be the guy to look out for other people. He was always in control.”

Added Kane: “I never saw him out of control drunk. He always retained his composure. He was a responsible guy. He was someone who did have a beer, but he was never out of control. He never became someone different after drinking.”

Both women stand behind Kavanaugh, and offered unwavering support.

“Well, I’m concerned for Brett. I just think this is a travesty. But, you know, in all the years that I have known him, like I said, over 35 years … he has been nothing but honest and trustworthy and respectful. And I know he’ll continue to be that way,” Fitzgerald said.

Added Kane: “He is smart and he is telling the truth and I think in the end, it will be all right.”