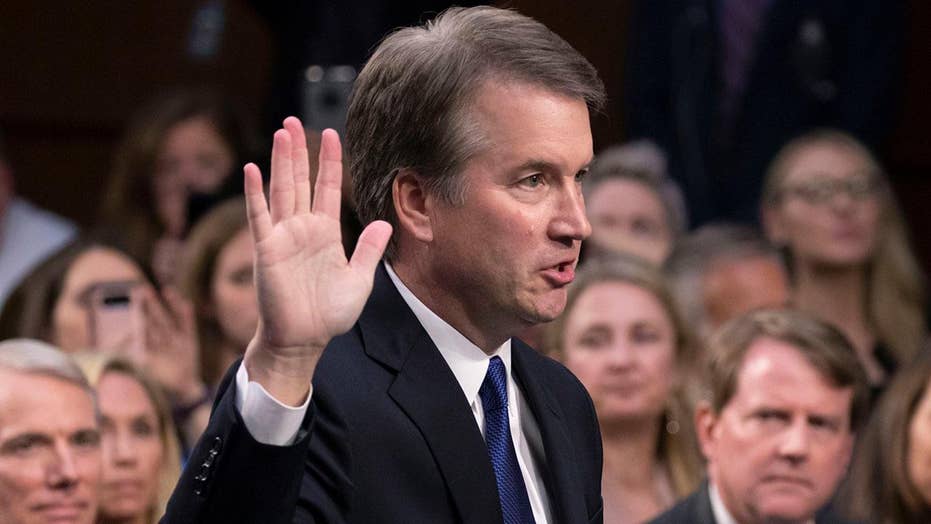 Kavanaugh accuser wants FBI to probe before she testifies

FBI already said they can't investigate the accusation against Kavanaugh; former FBI national spokesperson weighs in on 'The Ingraham Angle.'

Christine Blasey Ford, the California professor claiming Supreme Court nominee Brett Kavanaugh sexually assaulted her more than 35 years ago, late Tuesday demanded a "full investigation" by the FBI before she attends any congressional hearing or "interrogation" into her accusations.

In response, Judiciary Committee Chairman Chuck Grassley, who said Ford is still invited to speak to the committee, countered that "nothing the FBI or any other investigator does would have any bearing on what Dr. Ford tells the committee, so there is no reason for any further delay.”

Lisa Banks, one of Ford's lawyers, told CNN that her client "will talk to the committee," but she is not prepared for the hearing on Monday.

She said her client has been faced with threats and she has been figuring out how to protect her family.

"There should be no rush to a hearing," Banks said.

Other top Republicans, including Arizona Republican Sen. Jeff Flake, who had said they wanted to hear from Ford before voting on Kavanaugh's confirmation, have indicated they would move forward with a vote if Ford chose not to testify.

"If we don’t hear from both sides on Monday, let’s vote," he tweeted.

Republicans had repeatedly invited Ford and Kavanaugh to testify next week after delaying a planned Judiciary Committee vote that had been scheduled for Thursday. Kavanaugh accepted the committee's invitation, but Ford stayed mum until Tuesday night.

Ford's insistence on an FBI investigation, which a federal law enforcement official told Fox News was "totally inappropriate," throws the entire hearing into doubt: Grassley, R-Iowa, had threatened to nix the proceeding if Ford refused to participate.

It was also sure to add fuel to Republican claims that the allegations -- which were known to ranking Judiciary Committee Democrat Dianne Feinstein in July, but revealed to federal authorities just last Thursday -- are part of a concerted effort to stall Kavanaugh's nomination at the last minute. 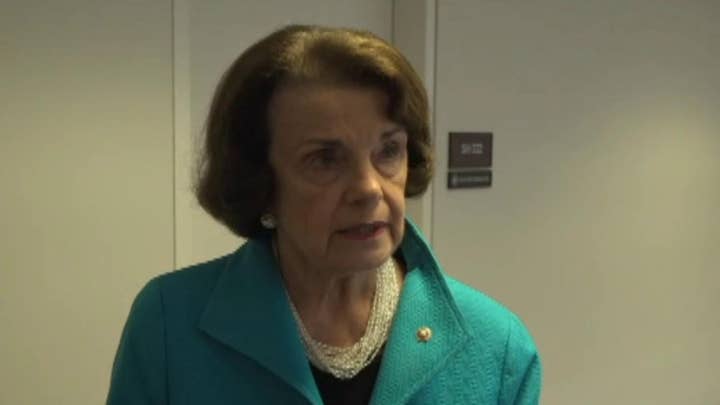 "While Dr. Ford’s life was being turned upside down, you and your staff scheduled a public hearing for her to testify at the same table as Judge Kavanaugh in front of two dozen U.S. Senators on national television to relive this traumatic and harrowing incident," Ford's attorneys wrote to Grassley.

But Republicans on the Judiciary Committee directly disputed that claim Tuesday night, writing in a statement that Ford had been offered a chance to testify privately, and had never been told she would need to sit near Kavanaugh.

WATCH: FEINSTEIN ADMITS SHE CAN'T BE SURE ACCUSER IS BEING ENTIRELY 'TRUTHFUL'

In the letter, Ford's lawyers went on to assert that Ford's family "was forced to relocate out of their home" and that "her email has been hacked, and she has been impersonated online."

"The hearing was scheduled for six short days from today and would include interrogation by Senators who appear to have made up their minds that she is 'mistaken' and 'mixed up.' While no sexual assault survivor should be subjected to such an ordeal, Dr. Ford wants to cooperate with the Committee and with law enforcement officials."

The lawyers, Debra Katz and Banks, said historical precedent supported the delay, echoing comments by Feinstein, who on Tuesday wrote on Twitter that the FBI had also "investigated Anita Hill’s allegations of sexual harassment against Clarence Thomas," the Supreme Court justice.

However, Thomas was accused of sexually harassing Hill while both worked at federal agencies, in potential violation of federal law; Ford has accused Kavanaugh of sexual harassment that would fall well outside of any applicable federal or state statute of limitations because the alleged episode occured decades ago.

"As the Judiciary Committee has recognized and done before, an FBI investigation of the incident should be the first step in addressing her allegations," the letter continued. "A full investigation by law enforcement officials will ensure that the crucial facts and witnesses in this matter are assessed in a non-partisan manner, and that the Committee is fully informed before conducting any hearing or making any decisions."

But a federal law enforcement official told Fox News, "It's totally inappropriate for someone to demand we use law enforcement resources to investigate a 35-year-old allegation when she won't go under oath and can't remember key details including when or where it happened."

Because Ford's allegations do not involve any federal crime within the applicable statute of limitations, Fox News has learned that the bureau would require explicit instructions from the White House to conduct any additional probe.

The document concluded: "We would welcome the opportunity to talk with you and Ranking Member Feinstein to discuss reasonable steps as to how Dr. Ford can cooperate while also taking care of her own health and security."

The Judiciary Committee statement Tuesday night condemned any threats against Ford, but maintained that her request for an FBI probe was unfounded.

"The FBI has indicated to the committee and in public statements that it considers the matter closed," Grassley and other top Republicans wrote. "The FBI does not make credibility determinations. The FBI provides information on a confidential basis in order for decision makers to determine an individual’s suitability. The Senate has the information it needs to follow up with witnesses and gather and assess the relevant evidence."

The Republicans also disputed the suggestion in Ford's letter that the committee had not been accommodating: "Contrary to suggestions by Dr. Ford’s attorneys, the committee had no plans to place Dr. Ford and Judge Kavanaugh on a panel together, and never indicated plans to do so. Grassley’s staff offered Dr. Ford multiple dates as well as a choice of providing information in a public or private setting." 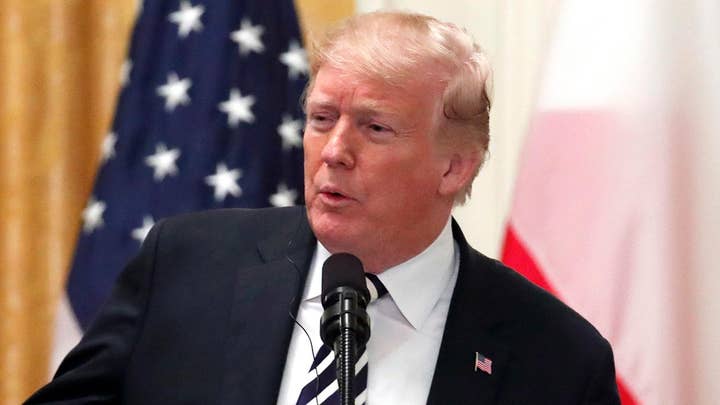 "I agree with her 100 percent that the rushed process to hold a hearing on Monday has been unfair and is reminiscent of the treatment of Anita Hill," Feinstein said. "I also agree that we need the facts before senators—not staff or lawyers—speak to witnesses.

"We should honor Dr. Blasey Ford’s wishes and delay this hearing," Feinstein continued. "A proper investigation must be completed, witnesses interviewed, evidence reviewed and all sides spoken to. Only then should the chairman set a hearing date."

Feinstein had told Fox News earlier Tuesday that she could not be sure Ford was being entirely truthful.

"This is a woman who has been profoundly impacted by this," Feinstein said. "Now, I can't say everything's truthful. I don't know."

In a separate statement, Schumer said an FBI probe would be consistent with "precedent," adding, "Dr. Ford’s call for the FBI to investigate... demonstrates her confidence that when all the facts are examined by an impartial investigation, her account will be further corroborated and confirmed."

The attorneys' letter was yet another curveball in Kavanaugh's ongoing nomination drama, which began last week after a leak to The Intercept revealed that Feinstein was in possession of a supposedly damning letter relevant to his confirmation. Republicans have charged that Senate Democrats orchestrated that leak, which then prompted Feinstein to discuss the letter and its then-anonymous accusations publicly and with the FBI.

Republicans on Tuesday also reiterated Grassley's criticism of Feinstein for not telling Republicans, even privately, about the claims against Kavanaugh during days of private and public hearings on the nominee.

"Ranking Member Feinstein first received a letter with allegations against Judge Brett Kavanaugh from Dr. Ford in July," the Republicans' statement read. "However, Feinstein neglected to notify Committee Republicans of the letter until the day of the first Committee markup, six weeks after receiving the letter and well after the vetting and hearing process had concluded."

The statement concluded by charging that Feinstein had not taken the matter "seriously."

"Feinstein referred the letter to the FBI, which added it to Kavanaugh’s background investigation file," it continued. "She should have treated these allegations seriously, as Grassley has done, in immediately acting upon hearing of them."

Earlier Tuesday, a key potential swing vote senator, Arizona Republican Jeff Flake, said he would move to push Kavanaugh's nomination forward if Ford refused to show up to the hearing planned for Monday. Graham, R-S.C., has also said that if Ford refused to testify, the committee would move forward with a vote within the week. 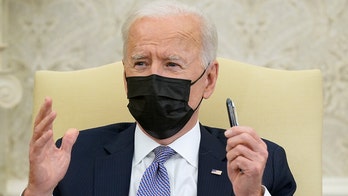