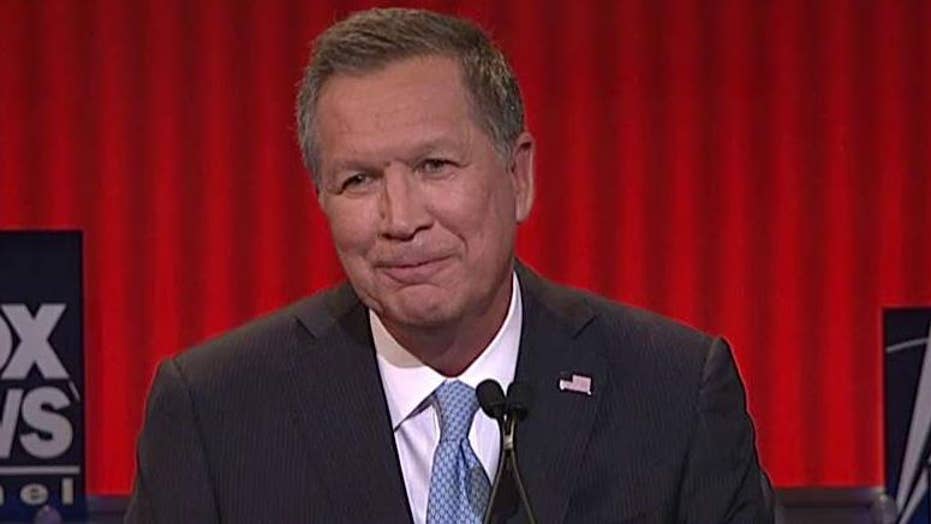 Kasich: People tell me, you're the adult on the stage

Saying he had been called the only grown up on the debate stage, Ohio Gov. John Kasich said Thursday he believes he is the strongest candidate to beat Hillary Clinton in a November general election match up.

“I can get the crossover votes,” Kasich said during the Fox News Republican debate in Detroit. “Throughout this campaign, I have talked about issues. I have never tried to go and get into these  kind of scrums we’re seeing here on the stage.”

He added, “People say, everywhere I go, you seem to be the adult on stage.”

Kasich said that while Mitt Romney “seems like a great guy” that he “doesn’t determine my strategy.”

Earlier Thursday, Romney suggested that in order to stop Republican front-runner Donald Trump from clinching the GOP nomination, voters should pick the strongest candidate in each state, drawing out the contest and blocking Trump’s path to securing enough delegatesfor the nomination.

Kasich reiterated that he believes he will win his home state – a win that will give his campaign momentum.

Thursday’s debate in Detroit is the third presented by Fox News and comes just days ahead of key primary votes in Michigan on March 8, and Florida and Ohio on March 15.