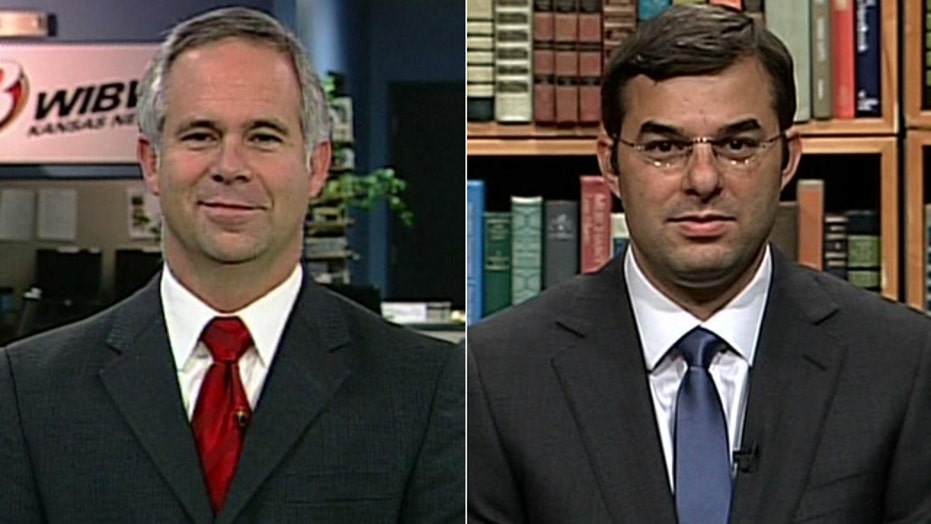 The allegations mark the second straight day the Tea Party-backed Huelskamp has lashed out at Boehner and other House leaders for perceived punishment when they return next year for another term.

“The GOP leadership might think they have silenced conservatives, but removing me and others from key committees only confirms our conservative convictions,” said Huelskamp, who was elected to a second term in November. “This is clearly a vindictive move.”

Huelskamp says he has been ousted from the chamber’s Budget and Agriculture committees but has yet to be told directly.

Boehner’s office did not return a call seeking verification or an explanation of for the changes.

Earlier this week, Huelskamp alleged House leaders made their decision based on “secret” criteria and suggested Boehner’s moves were similar to the those Newt Gingrich exerted on committee assignments when he was House speaker from 1995 to 1999.

Huelskamp cited in particular his commitment to the Republicans’ “Pledge to America,” which he said Republican leadership made before he was elected.

Signers agreed to cut $100 billion in 2011 and to restore transparency and openness in the legislative process.

Huelskamp also said Boehner’s decision went beyond punishing him to hurting his voters.

“It punishes my 700,000 constituents,” he said.  “Someone from my district has been on the Agriculture Committee for 151 years.”