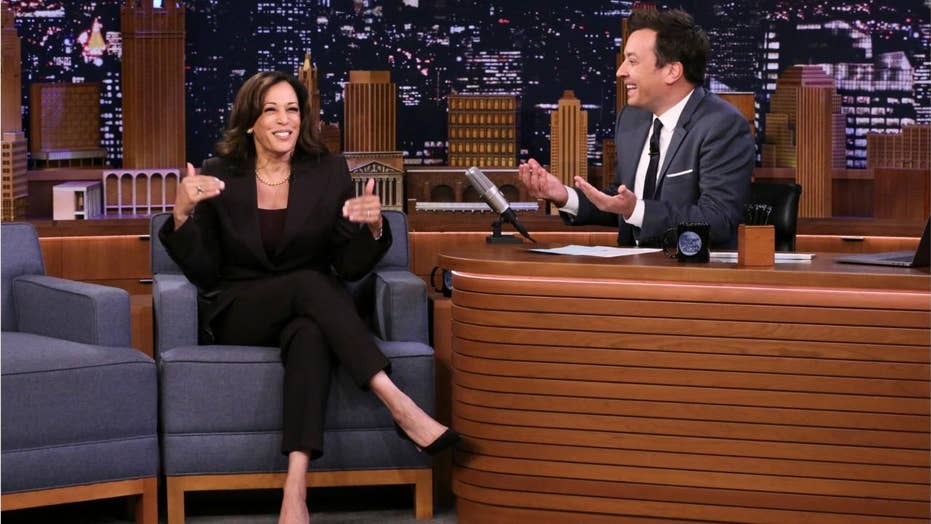 Kamala Harris says she supports a mandatory buyback on 'assault weapons' after some pressure from the ‘Tonight Show’s’ audience.

Sen. Kamala Harris, D-Calif., expressed her support for a mandatory buyback program for "assault weapons" on Monday during her appearance on "The Tonight Show Starring Jimmy Fallon."

Towards the end of her interview, she took questions from the audience, made up of mostly college students. One of them had pressed Harris about her stance on guns.

"Do you believe in the mandatory buyback of quote-unquote assault weapons and whether or not you do, how does that idea not go against fundamentally the Second Amendment?" Andrew from Fordham University asked.

"Great question. I do believe that we need to do buybacks and I'll tell you why," Harris responded. "First of all, let's be clear about what assault weapons are. They have been designed to kill a lot of human beings quickly. They are weapons of war with no place on the streets of a civil society. I've seen assault weapons kill babies and police officers."

The 2020 hopeful then reiterated her threat of executive order as president if Congress doesn't act on gun reform, but stressed that the "over 2 million" assault weapons currently in the streets need to be addressed.

"Hell yes, we're going to take your AR-15, your AK-47. We're not going to allow it to be used against our fellow Americans anymore," O'Roukre vowed.