Sen. Kamala Harris on Monday night pledged that, if elected president, she will sign a series of executive orders on gun control if Congress fails to pass comprehensive legislation in her first 100 days in the Oval Office.

During a town hall hosted by CNN, Harris said that if a bill from Congress did not make it to her desk, she would unilaterally mandate background checks for customers purchasing a firearm from any dealer who sells more than five guns a year.

Dealers who violate the law, she said, would have their licenses revoked. The other executive orders would prohibit fugitives from purchasing a firearm or weapon, as well as close the loophole that allows some domestic abusers to purchase a firearm if their victim is an unwedded partner.

“There are people in Washington, D.C., supposed leaders,” Harris said, “who have failed to have the courage to reject a false choice which suggests you’re either in favor of the second amendment or you want to take everyone’s guns away.”

She continued, “we need reasonable gun safety laws in this country, starting with universal background checks and a renewal of the assault weapon ban, but they have failed to have the courage to act.” 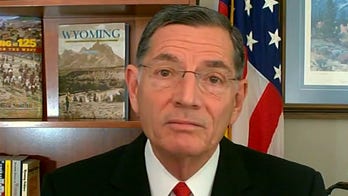