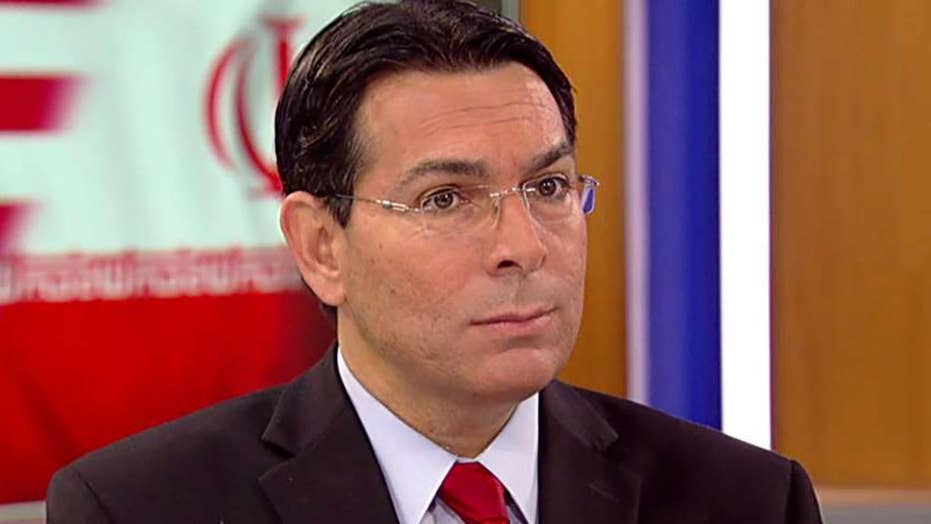 How will the US respond to escalating tensions with Iran?

Israeli Ambassador to the United Nations Danny Danon says the U.S. and other countries need to continue to apply economic sanctions to Iran.

His comments came after the president called off a military strike against Iran -- an offense operation that Amash indicated should have undergone congressional review. "Glad the president pulled back from striking Iran but still waiting on the administration to make its case to Congress," he tweeted on Friday.

"Offensive military action requires congressional approval, and we can’t assess the situation without more information. Once strikes begin, the administration cannot guarantee things will not spiral out of control. We must do everything possible to prevent another reckless war."

His comments came as Democrats like House Speaker Nancy Pelosi, D-Calif., emphasized the need for Trump to seek congressional approval.

Multiple Democratic senators, including 2020 hopeful Elizabeth Warren, D-Mass., signed on to a bill seeking to restrict Trump's ability to attack Iran. The bill, sponsored by Sen. Tom Udall, D-N.M.,  specifically cited the Constitution and War Powers Act -- a 1973 law setting conditions for the president to enter into military conflict.

Amash's office also pointed to the Constitution and left open the possibility of endorsing legislation restricting the president's actions.

"The Constitution already requires the president to obtain congressional approval for offensive military action against Iran," chief of staff Poppy Nelson said in an email to Fox News. "We haven’t ruled out other potential legislative remedies, but we’re still assessing the situation."

Although the Constitution's war powers clause designates the ability to declare war to Congress, presidents have historically engaged in foreign conflicts without declaring war or getting approval from Congress.

After the attacks on Sept. 11, Congress granted former President George W. Bush broad authority -- too much, in some critics' opinion -- in pursuing military action. House Democrats specifically repealed that law on Wednesday in an apparent attempt to clarify its opposition to Trump unilaterally using force against Iran.

As tensions continued to rise with Iran, the administration has made clear that it would use force if necessary to counter the regime's aggression. Trump, on Wednesday, defended his decision to pull out of the Iran nuclear deal, a move that some have blamed for provocations in the Middle East.

INGRAHAM: WAR WITH IRAN COULD COST TRUMP THE 2020 ELECTION

In another tweet, he indicated he was hesitant to engage in conflict but would if necessary.

"I am in no hurry, our Military is rebuilt, new, and ready to go, by far the best in the world," he tweeted. "Sanctions are biting & more added last night. Iran can NEVER have Nuclear Weapons, not against the USA, and not against the WORLD!"