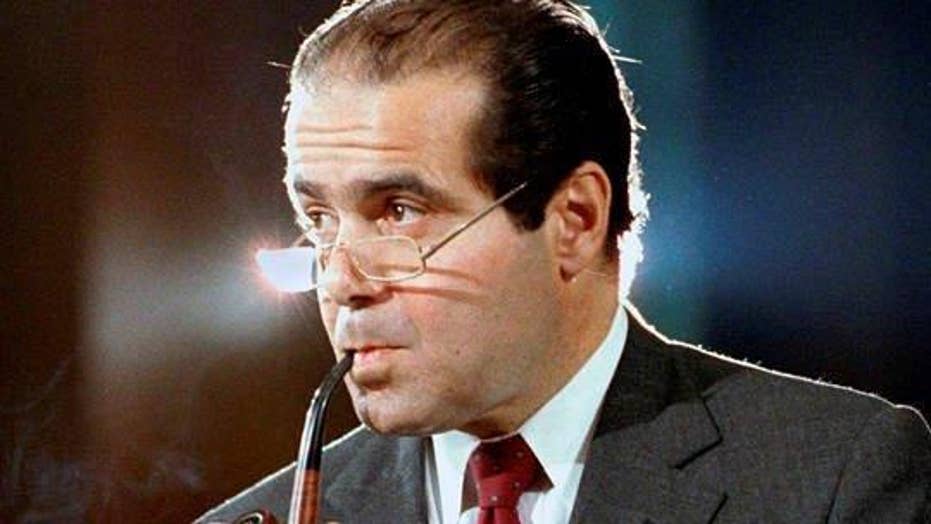 A look back at some of his vivid and creative criticisms

The eight Supreme Court justices on Sunday remembered the late-Justice Antonin Scalia for his “faith,” devotion to family and “towering intellect.”

Scalia died over the weekend of natural causes while on a hunting trip is south Texas. He was 79.

“Any history of the Supreme Court will, and must, recount the wisdom, scholarship, and technical brilliance that Justice Scalia brought to the court,” Justice Anthony Kennedy wrote. “Justice Scalia’s beautiful family will be sustained by the force and dynamism of his intellect and personality, attributes that were so decent and so powerful; but now they mourn.”

The justices’ reflections on Scalia and his contributions to the country were released collectively by the high court.

“He was an extraordinary individual and jurist, admired and treasured by his colleagues,” Roberts wrote. “His passing is a great loss to the court and the country he so loyally served. We extend our deepest condolences to his wife Maureen and his family.”

Justice Clarence Thomas called Scalia, a fellow conservative on the bench, a “good man” and “wonderful husband” who “gave it his all to get the broad principles and the small details right.”

Thomas said he and wife Virginia were “deeply saddened” by Scalia’s death and extended prayers and love to surviving family members.

Justice Ruth Bader Ginsburg, a Democratic appointee, wrote that they were “different in our interpretation of written texts, one in our reverence for the Constitution and the institution we serve."

Ginsberg described herself and her opera-loving colleague as “best buddies” and humbly said: “When I wrote for the court and received a Scalia dissent, the opinion ultimately released was notably better than my initial circulation. Justice Scalia nailed all the weak spots -- the ‘applesauce’ and ‘argle bargle.' "

“He used his great energy, fine mind and stylistic genius to further the rule of law as he saw it,” Breyer wrote. “He was man of integrity and wit.”

Justice Samuel Alito expressed sadness for himself and wife Martha-Ann.

“Nino was a remarkable person, and I feel very honored to have known him and to have had him as a colleague,” Alito wrote. “He was a towering figure who will be remembered as one of the most important figures in the history of the Supreme Court and a scholar who deeply influenced our legal culture.”

“I will miss him and the dimming of his special light is a great loss for me,” she wrote.

Justice Elena Kagan argued Scalia will “go down in history as one of the most transformational Supreme Court justices” in American history.

“His views on interpreting texts have changed the way all of us think and talk about the law,” she wrote. “I admired Nino for his brilliance and erudition, his dedication and energy, and his peerless writing."

Retired Justice John Paul Stevens called Scalia “a good friend” and “a brilliant man with an incomparable sense of humor, and as articulate as any justice who ever served on the court.”