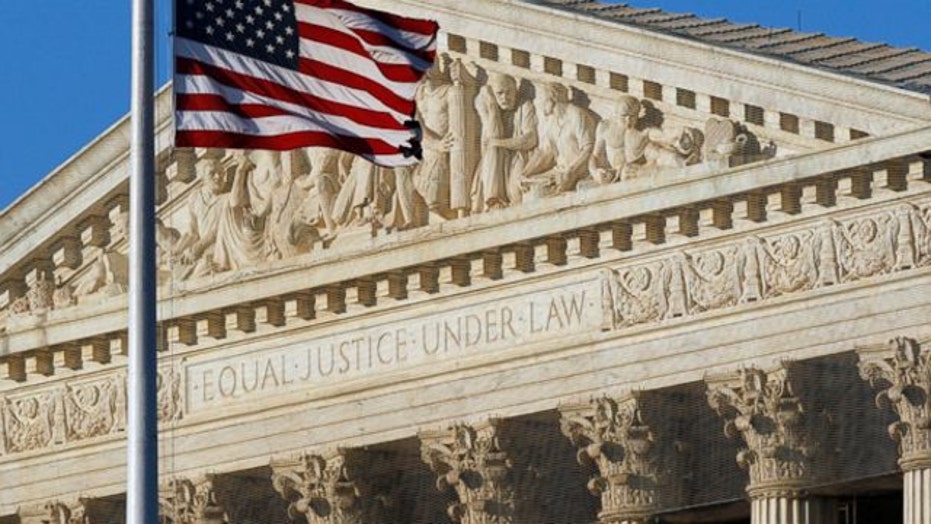 A small church in a Phoenix suburb appeared likely Monday to win its Supreme Court dispute over a local ordinance that puts limits on roadside signs that direct people to Sunday services.

Liberal and conservative justices alike expressed misgivings with the Gilbert, Arizona, sign ordinance because it places more restrictions on the churches' temporary signs than those erected by political candidates, real estate agents and others.

The Good News Community Church and Pastor Clyde Reed sued over limits that Gilbert places on so-called directional signs, like the ones the church places around town to point people to its services in local schools and retirement communities.

The directional signs can be no larger than 6 square feet. They must be placed in public areas no more than 12 hours before an event and removed within an hour of its end. Signs for political candidates, by contrast, can be up to 32 square feet and can remain in place for several months. Other ideological signs, including a message from a church welcoming people to its services without the pointing the way, can be as large as 20 square feet.

Justice Samuel Alito sarcastically described how the church could erect a larger, temporary sign telling passers-by about an upcoming service. "We can't tell you where it is because the town won't let us," Alito said, to laughter. "But if you drive by here tomorrow morning at a certain time, you'll see an arrow."

Philip Savrin, the town's lawyer, essentially agreed with Alito that the ordinance would allow what the justice described.

Justice Stephen Breyer indicated he didn't like the arrangement any better than Alito did. "Well, my goodness. I mean...it does sound as if the town is being a little unreasonable, doesn't it?" Breyer asked Savrin.

Less clear from the argument is whether the justices would use the case to make an important First Amendment ruling on the regulation of speech, or decide more narrowly in a way that affects the particular ordinance and not much else.

Lower federal courts upheld the town's sign ordinance because the distinction it draws between different kinds of temporary signs is not based on what a sign says.

Justice Anthony Kennedy indicated he might prefer a narrower outcome when he suggested that a broad ruling would lead local governments to ban all signs or lead to a proliferation of messages ranging from "Save your soul" to "Happy Birthday, Uncle Fred."

The church is joined by religious groups and the Obama administration in urging the Supreme Court to strike down the ordinance.

The church, which serves roughly 30 adults and up to 10 children, argues that the regulation's significant difference in the size of the signs and how long they can be displayed is essentially regulation based on content, which the Supreme Court only rarely allows in First Amendment cases.

"The town's code discriminates on its face by treating certain signs differently based solely on what they say," said David Cortman, the church's lawyer.

The National League of Cities and other associations of local officials are backing the town and warning that a ruling in favor of the church would make it "nearly impossible" for cities and towns to craft sign regulations that deal with a community's appearance and safety.