What are sanctuary cities?

What are sanctuary cities and why are they so controversial in the illegal immigration debate?

The Department of Justice is asking the Supreme Court for help in scaling back an earlier injunction in its fight against sanctuary cities.

The Justice Department is asking the Supreme Court to limit that injunction just to Chicago, instead of the blanket nationwide ban, according to the Chicago Sun-Times. In the emergency request, Francisco said the injunction “reflects the increasingly prevalent trend of entering categorical, absent-party injunctions that bar any enforcement of federal laws or policies against any person.”

WHAT ARE SANCTUARY CITIES?

The request asks for the injunction to be limited to just Chicago, the city that sued, as the case proceeds before the entire appeals court and possibly even the Supreme Court. The brief was filed Monday to Justice Elena Kagan.

A three-judge panel of the 7th U.S. Circuit Court of Appeals already ruled against the government in April, keeping in place the lower court's nationwide ruling preventing the Trump administration from implementing its grant requirements.

The Trump administration has promised to crack down on so-called sanctuary cities, signing an executive order in January 2017 that moved to strip federal grant money from towns that “harbor” undocumented immigrants.

Nationwide rulings by individual federal judges have been a recurring frustration for the administration. 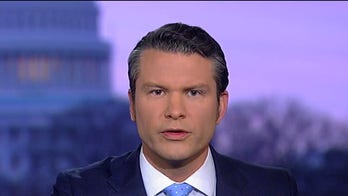 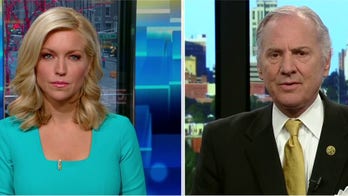