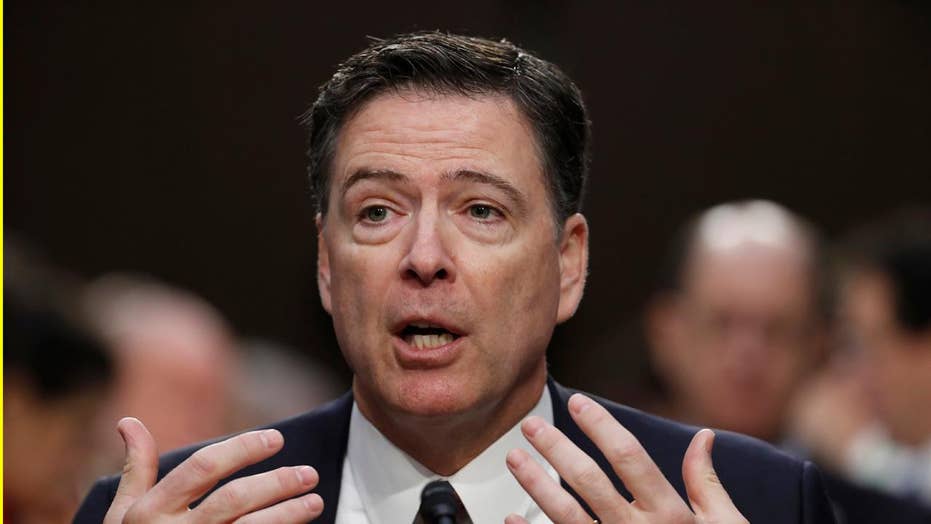 Judicial Watch sued the Justice Department on Friday in an effort to obtain any non-disclosure agreements signed by former FBI Director James Comey.

The Freedom of Information Act lawsuit was filed in U.S. District Court for the District of Columbia, after the DOJ did not respond to the conservative watchdog's June 13 FOIA request. The group wants to see any such agreements in light of Comey's controversial decision to leak notes describing conversations with President Trump.

“How is it the FBI allowed Mr. Comey to walk out the door with sensitive documents about President Trump?” Judicial Watch President Tom Fitton said. “It is remarkable that we have to sue the FBI in federal court to get these answers about this scandal.”

In the lawsuit, Judicial Watch is seeking “any and all non-disclosure agreements pertaining in full or in part to the handling, storage, protection, dissemination, and/or return of classified and/or sensitive information that were signed by or on behalf of former FBI Director James Comey.”

Fitton also wrote to the FBI in June urging them to recover and release federal records and memos it claims were “unlawfully” removed by Comey.

“As you may be aware, the Federal Records Act imposes a direct responsibility on you to take steps to recover any records unlawfully removed from the FBI,” Fitton wrote in that letter, claiming Comey unlawfully removed memos that could contain contents regarding the investigation into Russian meddling in the 2016 election.

The FBI, at the time, told Fox News that they had no comment on the letter from Fitton.

The memos in question were written by Comey himself, leaving unclear how the FBI or the courts would view them; Judicial Watch insists they are official records.

Comey testified in June before the Senate Intelligence Committee that he gave one of his memos regarding a meeting with President Trump to a friend, Columbia University Professor Daniel Richman, who then leaked the contents of the memo to the New York Times.

“I asked a friend of mine to share the content of the memo with a reporter—I thought that might prompt the appointment of special counsel,” Comey said in his testimony.

But when asked about the contents of that memo, Richman told Fox News it was “a non-story.”

“This was not classified at the time, and remains unclassified,” Richman said.