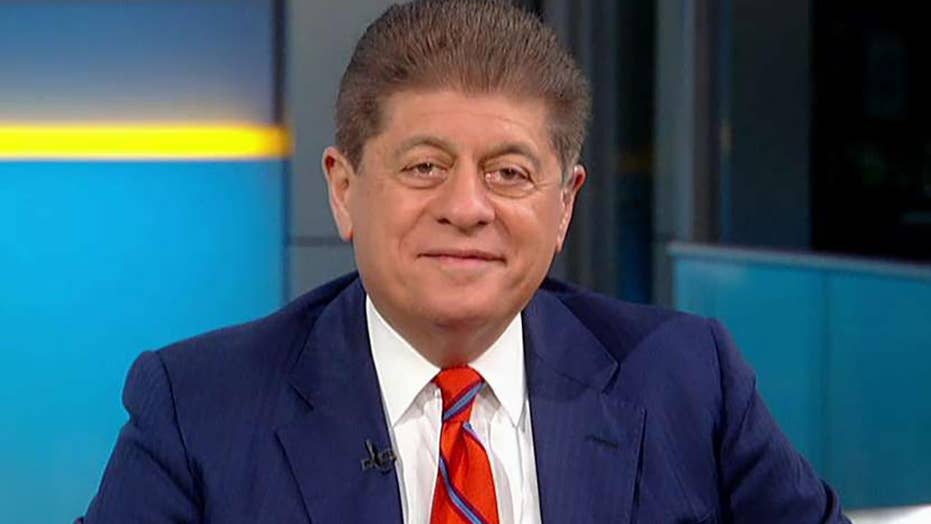 When asked by "Fox & Friends" hosts on Thursday morning if a sitting president can be charged with a crime, Napolitano pointed to former President Clinton's impeachment in 1999.

"Yes, we know that because Bill Clinton was charged with perjury," Napolitano said, explaining that the 2000 Office of Legal Counsel opinion on the issue is "advisory, not mandatory."

"It came out October 16th, 2000. What happened in November 2000, a month later? The same Justice Department charged the President of the United States, Bill Clinton, with lying under oath and with obstruction of justice and what happened two months after that? He pleaded guilty."

JON SUMMERS: MUELLER'S ISSUED A CALL TO ACTION -- CONGRESS NEEDS TO GET TO WORK IMMEDIATELY AND AGGRESSIVELY

On Wednesday, Democrats seized on Mueller's comments to ramp up the impeachment push.

"If we had confidence that the president clearly did not commit a crime, we would have said so," Mueller said.

Napolitano argued that Mueller's wording hinted that he believed the president committed a crime but did not want to undermine Attorney General Bill Barr's authority by issuing an indictment.

"I think he is a Marine and he didn't want to challenge his boss Bill Barr in public," Napolitano said.

"The reason there was no indictment of the president is because the attorney general wouldn't permit one," he continued.

Napolitano expressed that he would like to see Mueller and Barr testify publicly in a "dramatic" hearing before Congress.