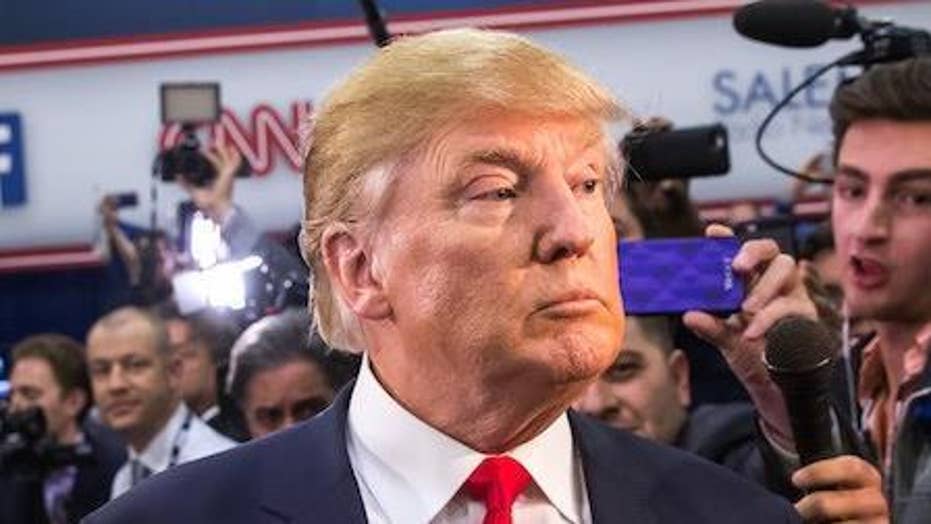 A federal judge Thursday denied a request by Fusion GPS to void a House Intelligence Committee subpoena to provide bank records as part of the committee’s investigation into Russian activities during the 2016 election campaign.

U.S. District Judge Richard Leon found Fusion's objections to the subpoena to be "unavailing" and denied the research firm's request for a temporary restraining order and preliminary injunction that would have prevented it from handing over the documents.

Florida congressman speaks out on 'The Story.'

"Instead of focusing its efforts on Russian meddling in the presidential election, the Committee continues to misuse its investigatory power to punish and smear Fusion GPS for its role in uncovering troubling ties between #Russia and the Trump campaign," Boutrous said in a statement.

The committee, chaired by Rep. Devin Nunes, R-Calif., had subpoenaed the records in an effort to determine who paid for a now-infamous "dossier" outlining various claims about President Donald Trump's connections with various Russian officials. The dossier, commissioned by Fusion GPS and compiled by former British spy Christopher Steele, was published in full by BuzzFeed in January of last year.

Among a number of unconfirmed allegations about Trump and his associates, the dossier included sordid claims about the president's sexual proclivities.

Journalist who says he was targeted by Fusion GPS speaks out

Venezuelan journalist Alek Boyd: I don't believe for a second that they are a victim of anything.

"Although the records sought by the Subpoena are sensitive in nature," Leon wrote in a 26-page ruling, "the nature of the records themselves, and the Committee’s procedures designed to ensure their confidentiality, more than adequately protect the sensitivity of that information."

Leon also rejected Fusion's claim that the subpoena would have a chilling effect on its work for political clients and violate the firm's First Amendment rights.

"While the opposition research Fusion conducted on behalf of its clients may have been political in nature," Leon wrote, "Fusion’s commercial relationship with those clients was not, and thus that relationship does not provide Fusion with some special First Amendment protection from subpoenas ... the First Amendment is not a secrecy pact!"

In October, Fox News confirmed that Fusion GPS was retained by Marc Elias, an attorney representing the Democratic National Committee and Hillary Clinton's presidential campaign. The DNC and the Clinton campaign paid Fusion to produce the dossier.

Earlier this week, Fusion GPS founders Glenn Simpson and Peter Fritsch wrote a New York Times opinion piece accusing congressional Republicans of being "in the thrall of the president" and waging a campaign to portray Fusion GPS "as the unwitting victims of Kremlin disinformation."

In response, a spokesman for Senate Judiciary Committee chairman Chuck Grassley, R-Iowa, noted that Simpson "has refused to answer dozens of questions voluntarily, and has failed to provide the Committee with documents and responses to follow-up questions ..."