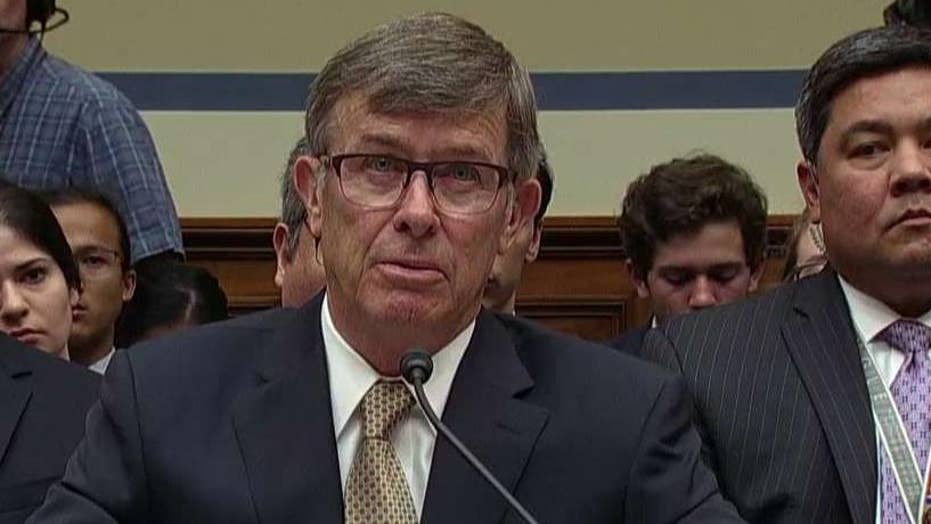 Joseph Maguire on whistleblower complaint: I believe I handled this matter in full compliance with the law

Acting Director of National Intelligence Joseph Maguire says he is not partisan or political during his opening statement before the House Intelligence Committee.

House Democrats are testing the waters for a possible Trump impeachment and are hoping Maguire, in his appearance before the House Intelligence Committee, will be able to shed light on why the complaint was withheld from Congress for several weeks. There have been multiple media reports that Maguire threatened to resign over concerns that the White House might attempt to force him to stonewall Congress, but Maguire denied he had done so. In a statement, he said that "at no time have I considered resigning my position since assuming this role on Aug. 16, 2019. I have never quit anything in my life, and I am not going to start now."

Following his morning testimony, Maguire will speak to the Senate intelligence panel behind closed doors.

So who is Joseph Maguire?

Maguire is the acting director of national intelligence, the Cabinet-level official who leads the United States Intelligence Community. The position was created in 2005  by a 9/11 panel set up to examine intelligence failures after the attacks. Maguire, who had previously served as the Director of the National Counterterrorism Center, moved into the role earlier this year after Director Dan Coats resigned.

Maguire has only been in the position for fewer than two months.

Maguire is a retired naval officer and was previously a vice president at Booz Hamilton. He retired from the U.S. Navy after a 36-year career that included leading the Naval Special Warfare Command. Maguire also served as the president and CEO of the Special Operations Warrior Foundation.

Maguire attended Manhattan College for his bachelor's degree, and earned his master's degree in National Security Affairs from the Naval Postgraduate School in California, according to Maguire's biography.

There was some controversy leading up to his appointment. President Trump had announced Maguire's appointment via tweet following the resignation of Sue Gordon from the DNI. Conservatives had largely viewed Gordon as part of the intelligence community that clashed with Trump the most. Trump had initially tapped Rep. John Ratcliffe to lead the intelligence committee but the Texas lawmaker withdrew his name after stories emerged that he may have padded his resume.