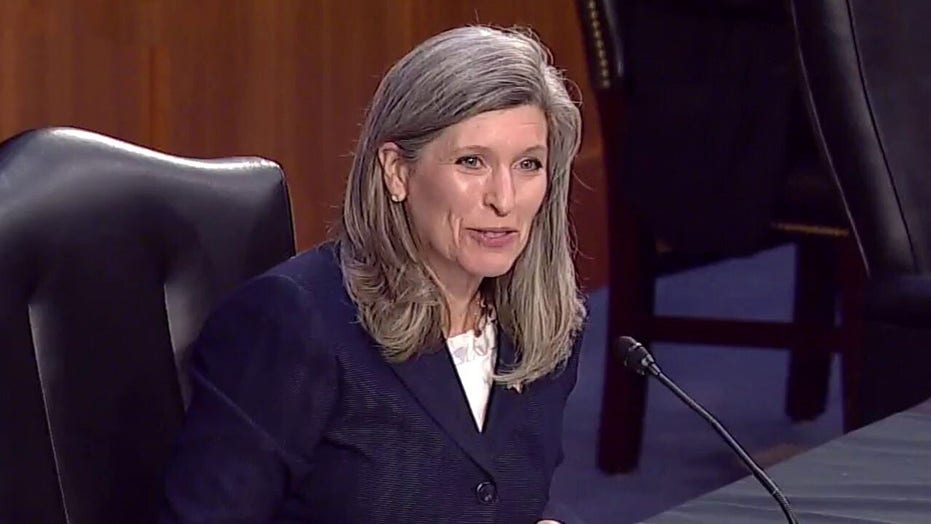 Joni Ernst tells Barrett at hearing: 'We don’t have to fit the narrow definition of womanhood'

Sen. Joni Ernst, R-Iowa, called out the "irony" of attacks Supreme Court nominee Judge Amy Coney Barrett has faced based on her life choices, particularly her religion and family life.

Before her confirmation hearing even began, Barrett, a mother of seven, faced scrutiny and criticism over her Catholic faith and large family. Media reports likened a religious organization with which she was affiliated to the dystopian television show "The Handmaid's Tale," and during her Seventh Circuit confirmation hearing, Sen. Dianne Feinstein, D-Calif., told Barrett that "the dogma lives loudly within you," which was "of concern."

CRUZ TELLS DEMS AT BARRETT HEARING 'WE'VE HEARD A LOT OF ATTACKS ON TRUMP,' 'LITTLE ABOUT THE NOMINEE'

"What your political opponents want to paint you as is a TV or cartoon version of a religious radical," Ernst said, "a so-called ‘handmaid’ that feeds into all of the ridiculous stereotypes they have set out to lambaste people of faith in America. And that’s wrong.”

Ernst noted that such criticism is out of sync with the left's usual support of equality and justice for women. If confirmed, Barrett would be filling the Supreme Court seat left vacant by the passing of Justice Ruth Bader Ginsburg, a liberal icon who is recognized by both sides of the aisle as a pioneer for women in the legal profession.

"I’m struck by the irony of how demeaning to women their accusations really are," Ernst continued. "That you, a working mother of seven with a strong record of professional and academic accomplishment, couldn’t possibly respect the goals and desires of today’s women. That you, as a practicing Catholic with a detailed record of service, lack compassion.”

Ernst praised the U.S. for giving women the opportunity to set their own path and not conform to expectations of who they should or should not be.

“The great freedom of being an American woman is that we can decide how we want to build our lives; whom to marry, what kind of person we are, and where we want to go,” Ernst said, pointing to her own military service which she said was not popular for women at the time.

“We don’t have to fit the narrow definition of womanhood. We create our own path. Justice Ginsburg was one such woman and I would like to pay tribute to her for what she did that paved the way for women of today," she said.