White House Chief of Staff John Kelly sent a letter to his staff Thursday in response to the now-public images of former Staff Secretary Rob Porter’s ex-wife with a black eye.

Porter stepped down earlier this week after the accusations that he physically abused both of his ex-wives emerged.

“While we are all processing the shocking and troubling allegations made against a former White House staffer, I want you to know that we all take matters of domestic violence very seriously. Domestic violence is abhorrent and has no place in our society,” Kelly wrote in the letter obtained by Fox News. 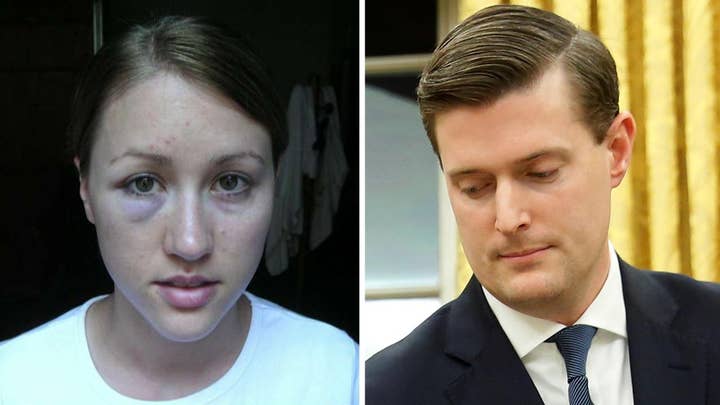 “Rob Porter is a man of true integrity and honor and I can’t say enough good things about him. He is a friend, a confidante, and a trusted professional. I am proud to serve alongside him,” his initial statement read.

However, White House Press Secretary Raj Shah told reporters Thursday that Kelly only became “fully aware” of the full extent of the allegations against Porter the day prior.

“I’m not going to get into specifics of who may have known pieces of information. … We all became aware of the news reports that emerged Wednesday morning and the graphic images,” Shah said.

Once the images emerged, Kelly issued a second statement condemning domestic violence, but said that he stood by his “previous comments of the Rob Porter that I have come to know since becoming Chief of Staff,” adding that everyone “deserves the right to defend their reputation.”

Kelly’s most recent letter also included resources for anyone who might be involved themselves with domestic abuse.

“We understand the shock, pain and confusion that these allegations have caused in our workplace. It is important for me to tell you — you are not alone.”