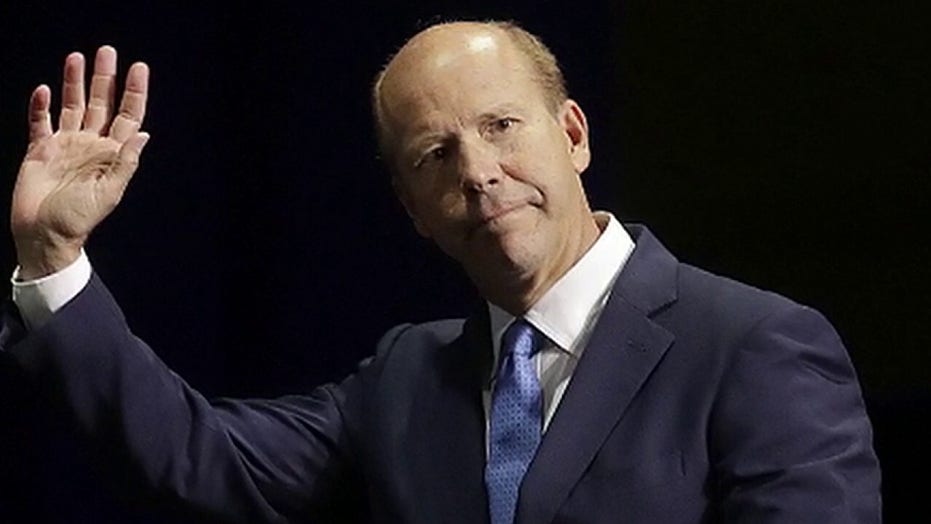 The former Maryland congressman says he does not want to take support away from other moderate Democrats before the Iowa caucuses.

John Delaney, the former Maryland congressman who was the first Democrat to announce a run for the party's 2020 presidential nomination, withdrew from the race on Friday, citing a lack of support for his candidacy.

Delaney gave up a relatively safe congressional seat in Maryland to run a years-long presidential campaign that began in July 2017, only to exit the race before the first ballots were cast after barely registering in the polls.

"This decision is informed by internal analyses indicating John's support is not sufficient to meet the 15% viability in a material number of caucus precincts, but sufficient enough to cause other moderate candidates to not to make the viability threshold, especially in rural areas where John has campaigned harder than anyone," his campaign said in an announcement Friday morning.

The statement emphasized that while Delaney wants to see Democrats tackle progressive issues, they must do so with "pragmatic, fact-based, bipartisan solutions."

A former businessman who was once the youngest CEO on the New York Stock Exchange, Delaney pushed back on far-left policies boosted by some of the top contenders in the primary, including "Medicare-for-all."

"The Green New Deal as it has been proposed is about as realistic as Trump saying that Mexico is going to pay for the wall," he tweeted shortly after it was proposed last year. "Let's focus on what's possible, not what's impossible."

Delaney served three terms representing Maryland's 6th Congressional District, beating former Rep. Roscoe Bartlett, R-Md., Fox News contributor Dan Bongino and former Reagan administration Deputy Under Secretary of the Army Amie Hoeber in successive elections. When he began his presidential bid in 2017, he also announced that he would not run for reelection to a seat which had become reliably blue as a result of gerrymandering after the 2010 census by former Maryland Gov. Martin O'Malley.

Delaney told Fox News earlier this month that he'd be "staying through the early states" in the presidential election and then make a call.

Asked which candidate he might support in the event he dropped out, he said at the time, "I would want to support a candidate who’s running on these real solutions."

Now that he's out, Delaney did not say what his next move will be, but he made an appeal against pessimism amid bitterly partisan times.