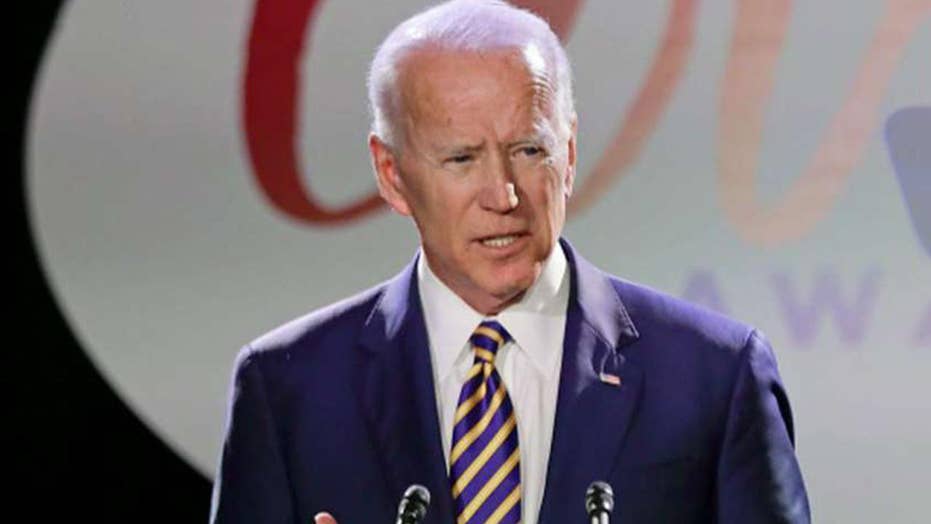 During a campaign fundraiser in his home state of Delaware, the former vice president was referencing a speech he had made to a group of 275 people, in which he accused  President Trump of "fueling a literal carnage” in the country through his rhetoric.

But Biden mistakenly recalled the location of the speech as Burlington, Vt., instead of Burlington, Iowa, according to The Washington Examiner. Whether Biden had Democratic rival Bernie Sanders -- a former mayor of Burlington, Vt. -- on his mind was not immediately known.

GAFFE-PRONE BIDEN SHOULDN'T BE CLOISTERED, OBAMA AIDE SAYS: 'HE EITHER CAN CUT IT OR HE CAN'T'

The mistake was the latest in a series of gaffes the 76-year-old Biden has made that have caused concern among some Democrats that's he's too old and prompted President Trump to say he isn’t “playing with a full deck.”

Last week in Iowa, Biden said “poor kids” are just as smart as “white kids,” and last weekend he mistakenly said he met with survivors of the February 2018 Parkland, Fla., school shooting while vice president -- even though he had left office more than a year before the attack.

He has also confused former British Prime Minister Margaret Thatcher for Theresa May twice since May.

Biden’s press secretary told CNN the focus on Biden's blunders is a “press narrative, not a voter narrative."

The candidate himself, however, appears to take his verbal slip-ups in stride.

“I am a gaffe machine, but, my God, what a wonderful thing compared to a guy who can’t tell the truth," according to The Washington Post.

Some Biden allies have suggested limiting his appearances due to the mistakes, the Examiner reported.