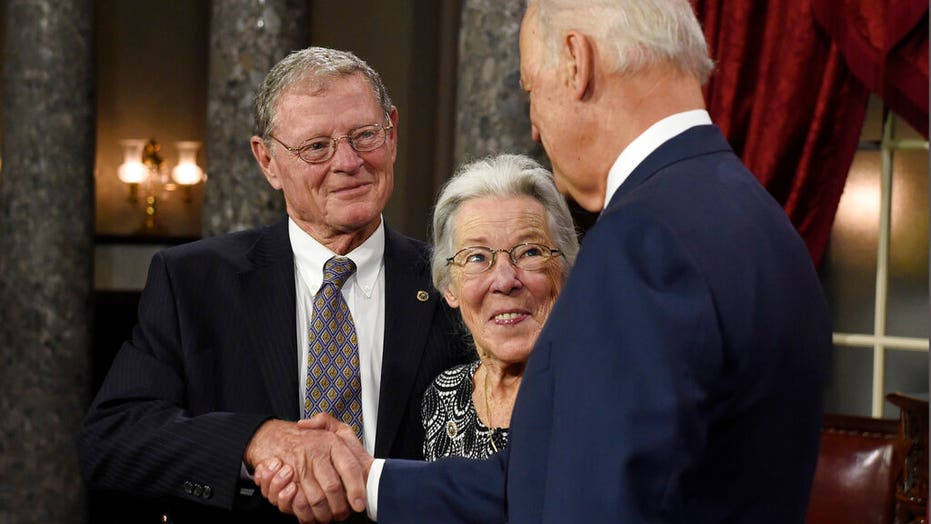 Inhofe, who missed the first day of the Senate impeachment trial of President Trump because of his wife's health scare, said he received a call at 2 a.m. while he was in Washington, D.C., and returned to his hometown "as soon as I could."

The 85-year-old senator, who has been married for 60 years, said his wife is undergoing rehabilitation and "there was no damage done," according to reports by the Tulsa World newspaper.

CHIRS WALLACE ON SENATE IMPEACHMENT TRIAL ARGUMENTS: HOW MANY TIMES CAN DEMOCRATS MAKE THE SAME POINT?

Inhofe returned to Washington, D.C., on Tuesday at the start of the trial but remained seated at the desk of Sen. Cory Gardner, R-Colo., near the cloakroom rather than his usual seat toward the front of the Senate chamber, in case he needed to make an emergency exit.

He told the newspaper he plans on voting to acquit Trump of the two charges lodged against him, which include obstruction of Congress and abuse of power, “in the absence of something I have not heard before.”

Inhofe said he did not think the charges amounted to impeachable offenses, despite the findings by the General Accountability Office -- a nonpartisan watchdog group -- that determined the president broke the law by withholding military aid from Ukraine in order to pressure the foreign government to investigate 2020 presidential candidate Joe Biden and his son Hunter Biden.

Inhofe said he plans on asking questions throughout the duration of the trial.