John Dean's testimony Monday on Capitol Hill where he discussed the parallels between Watergate and the Russia investigation was nothing more than a "stunt" according to "The Five" co-host Jesse Watters.

"Back to John Dean who they're calling the star witness. He's not a star, he's not a witness to anything," Watters said Monday.

"No one knows who he is. He is a CNN contributor which makes perfect sense that a CNN guy is a witness in their fake Russia collusion story. He witnessed something almost 50 years ago, so, I don't know what that adds."

THIS IS GETTING SERIOUS: NEW YORK TIMES DRAFTS 'ARTICLES OF IMPEACHMENT' AGAINST TRUMP

Dean, the former White House counsel to Richard Nixon, testified Monday that he sees “remarkable parallels” between Watergate and the findings of Special Counsel Robert Mueller’s report during a hearing that Republicans panned as a political “show” as they repeatedly challenged the credibility of the witness.

Before the House Judiciary Committee, Dean, an outspoken critic of President Trump, testified that several points in the Mueller report “echo Watergate,” especially relating to the obstruction of justice probe. 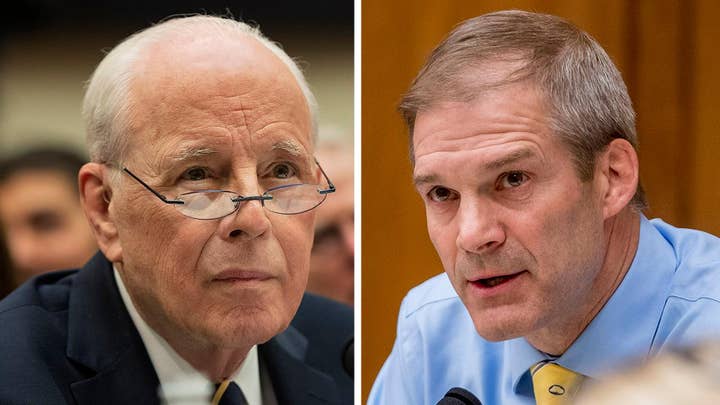 Watters dismissed Dean and his relevance.

"Every time the media wants to talk about impeachment or compare something to Watergate, they send a town car over to John's house.  They bring him into the studio, he says this is worse than Watergate and he's sent back to his house. It's a stunt like the bucket of chicken, just like the other felon they had out there. It's not going to change anything," Watters said.

"The Democrats are trying to resuscitate this Mueller report because they don't have anything else," Watters said.