California Gov. Jerry Brown said, "I don't think — President Trump has a fear of the Lord, the fear of the wrath of God." (REUTERS/Thomas Peter, Kevin Lamarque, File)

"I don't think — President Trump has a fear of the Lord, the fear of the wrath of God, which leads one to more humility," Brown told CBS' "60 Minutes."

"And, this is such a reckless disregard for the truth and for the existential consequences that can be unleashed," he continued, referring to climate scientists who believe global warming is due to the burning of fossil fuels.

Brown, who is currently battling some of the worst wildfires in his state's history, said nature is not "a political game." 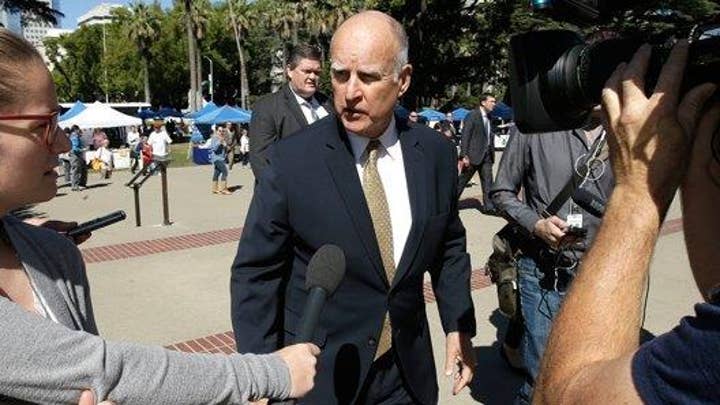 The governor, however, called on Trump to re-evaluate his decision to withdraw the U.S. from the Paris climate accord, which he announced in June.

"The truth of the case is that there's too much carbon being emitted, that heat-trapping gasses are building up, the planet is warming and all hell is breaking loose," he said. "So I'd say to Mr. Trump, take a deeper look. Now is not the time to undo what every country in the world is committed to."