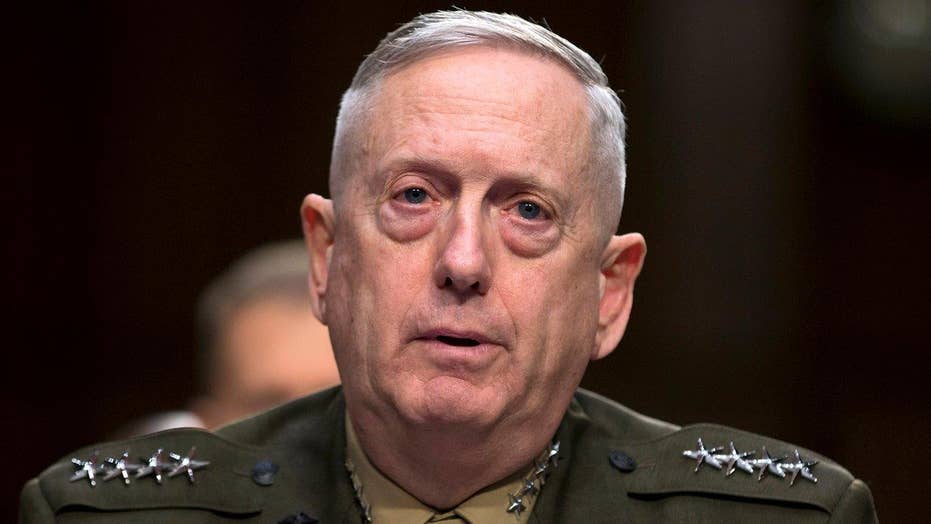 James “Mad Dog” Mattis, President-elect Donald Trump’s choice to be Secretary of Defense, has been described as “straight talking,” “cerebral,” and above all a military commander who would prefer to “win without fighting.”

Trump made the surprise announcement about Mattis’ appointment during a rally in Ohio Thursday night, calling him “the closest thing to General Patton that we have.”

Mattis—known as “Mad Dog” and “Warrior Monk,” is a former 4-star Marine Corps general who served more than 40 years in the military before he retired from his post as Commander of the U.S. Central Command in 2013 following reports that he was not in lockstep with President Obama.

The appointment of the 66-year-old Mattis has thus far received positive responses from current and former U.S. officials and lawmakers.

“Jim, as everyone knows, is a straight-talking, tough Marine –but he is also quite cerebral in that he is contemplative, thoughtful, and studious,” Gen. Jack Keane, who withdrew himself from consideration for the post in Trump’s Cabinet, told Fox News.

“He is an excellent listener and he has extraordinary intellectual depth that will serve him well in making recommendations to the Commander-in-Chief concerning policy formulation and when –or not – to employ military force.”

One retired Marine who served under Mattis told Fox News that the commander would prefer to “win without fighting.”

“He is a proponent of understanding the mind of your enemy, because that is where the battle is won,” said retired Marine Officer Stan Coerr. “Gen. Mattis is the archetype of the warrior scholar –that’s who we younger officers aspired to be.”

Coerr told Fox News that Mattis was an “on the ground, living in the dirt” commander, and a very deep thinker.

“He has said that he’s never come across a situation he didn’t know how to handle because he’s always read about what he’s seen,” Coerr recalled.

Retired Col. Chris Woodbridge, USMC, who served for the first time with Mattis in one of the first units deployed to Saudi Arabia when Saddam Hussein invaded Kuwait in 1990, told Fox News that he recalled Mattis telling him and his fellow officers that they should spend as much time reading and studying the profession as they did in physical training.

“He has the ability, through his intellect and his force of personality –his social energy—to put a sense of urgency into any organization,” Woodbridge said. “And if you don’t have that depth of knowledge that you get from studying our military history like Gen. Mattis suggests, you’re at a disadvantage.”

But U.S. law says a Defense Secretary must have been out of uniform for at least seven years, and Mattis has only been retired for three, meaning he will need a waiver from Congress to be confirmed for the post.

The law is part of the 1947 National Security Act created at the inception of the Pentagon and the Department of Defense.

Lawrence Korb, the Assistant Secretary of Defense under the Reagan Administration, said that while he thinks Mattis is a “wonderful person,” there is “a reason we wrote this law.”

“Gen. Mattis will give the President-elect unfiltered advice – my worry is what filter he sees it through,” Korb told Fox News. “I want someone in the Pentagon who makes sure their military advice is not filtered by their career.”

“While I deeply respect Gen. Mattis’ service, I will oppose a waiver,” Gillibrand said in a statement. “Civilian control of our military is a fundamental principle of American democracy, and I will not vote for an exception to this rule.”

But according to the Chairman of the House Armed Services Committee, Rep. Mac Thornberry, R-Texas, Mattis won’t have trouble getting the waiver —and will be the first to do so since Gen. George S. Marshall.

“Gen. Mattis will enjoy wide support among Democrats and Republicans,” Gen. Keane told Fox News. “He will be a strong proponent for rebuilding the U.S. military which has been atrophying these last eight years.”