Former FBI Director James Comey waded back into the political fray on Twitter Sunday, warning Democrats not to "rush to the socialist left" in upcoming elections.

"Democrats, please, please don’t lose your minds," Comey wrote. "This president and his Republican Party are counting on you to do exactly that. America's great middle wants sensible, balanced, ethical leadership."

Last week, Comey urged voters to back Democrats in November's midterm elections, tweeting that Republicans had proven "incapable of fulfilling the Founders’ design that 'Ambition must … counteract ambition.'"

Since then Ocasio-Cortez has emerged as a star of the so-called "democratic socialist" movement, having made several media appearances and campaigned with Vermont Sen. Bernie Sanders in support of primary challengers.

The Democratic Socialists of America has endorsed 42 candidates for office at the federal, state and local levels in 20 states --including Florida, Hawaii, Kansas and Michigan. 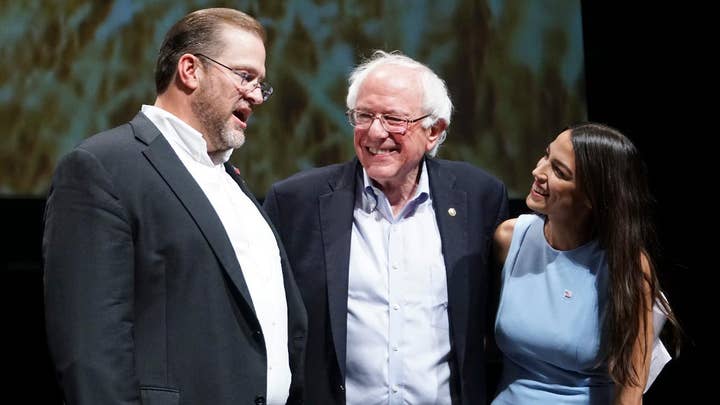 Allie Cohn, a member of the DSA's national political team, told The Associated Press this weekend that the group's paid membership has reached 45,000 nationwide. In the years before President Trump's election, that number hovered around 6,000.

The most ambitious Democrats in Washington have been reluctant to embrace the label, even as they embrace the policies defining modern-day democratic socialism: Medicare for all, a $15 minimum wage, free college tuition and the abolition of the federal department of Immigration and Customs Enforcement, also known as ICE.

Republicans, meanwhile, are encouraged by the rise of democratic socialism — for a far different reason. They have seized on what they view as a leftward lurch by Democrats they predict will alienate voters this fall and in the 2020 presidential race. 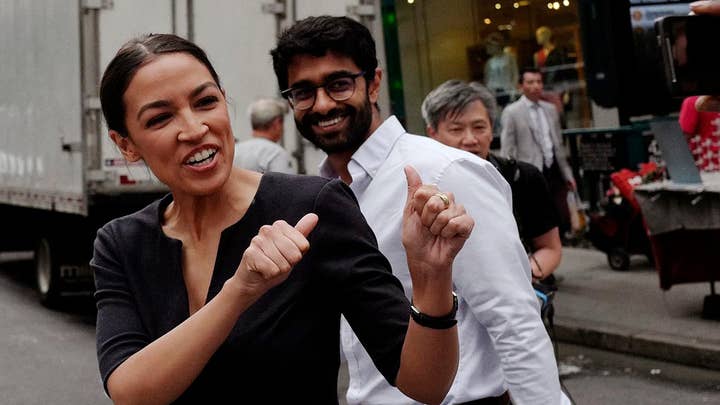 The Republican National Committee eagerly notes that Sanders' plan to provide free government-sponsored health care for all Americans had no co-sponsors in 2013. Today, more than one-third of Senate Democrats and two-thirds of House Democrats have signed onto the proposal, which by one estimate could cost taxpayers as much as $32 trillion.

Those senators aren't calling themselves democratic socialists but also not disassociating themselves from the movement's priorities.

Most support the push to abolish ICE, which enforces immigration laws and led the Trump administration's recent push to separate immigrant families at the U.S.-Mexico border.

Of the group, only Booker hasn't called for ICE to be abolished, replaced or rebuilt. Yet Booker's office notes that he's among the few senators backing a plan to guarantee government-backed jobs to unemployed adults in high-unemployment communities across America.